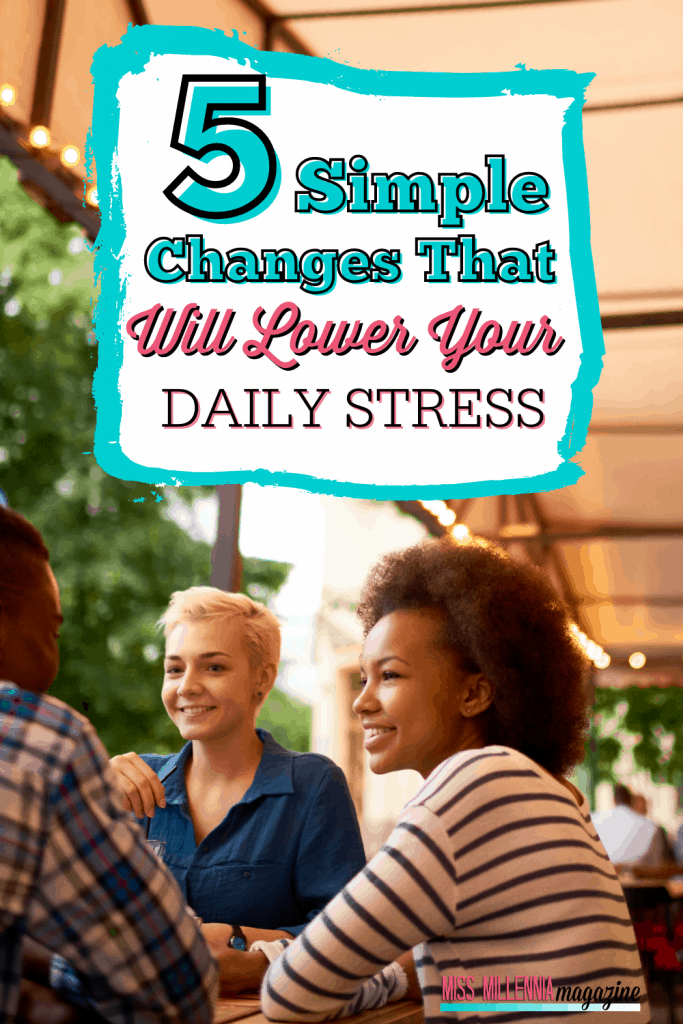 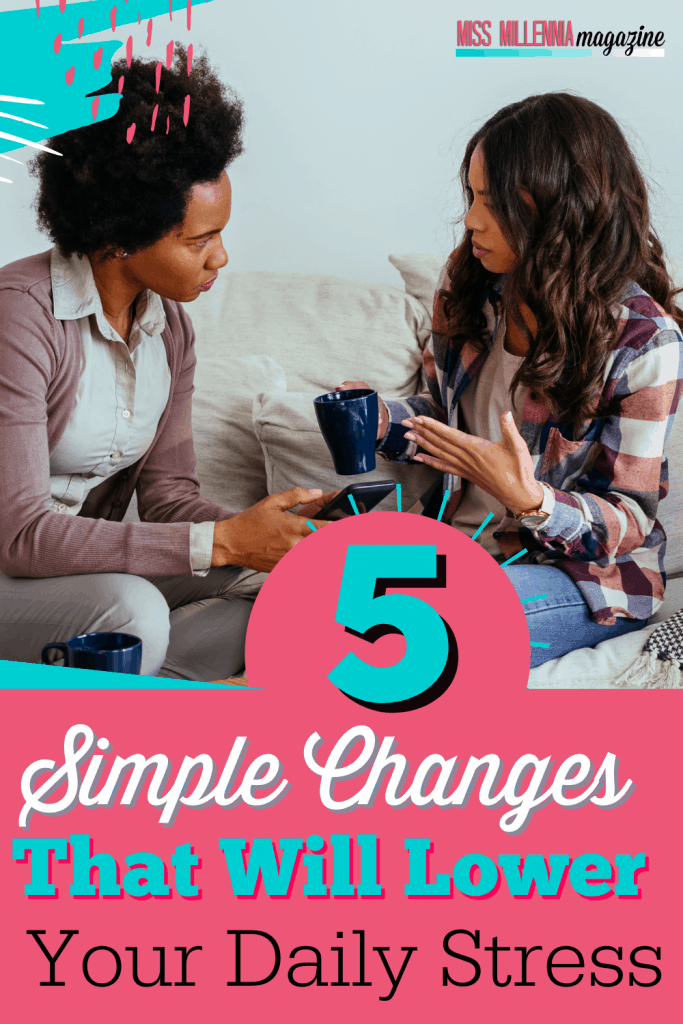 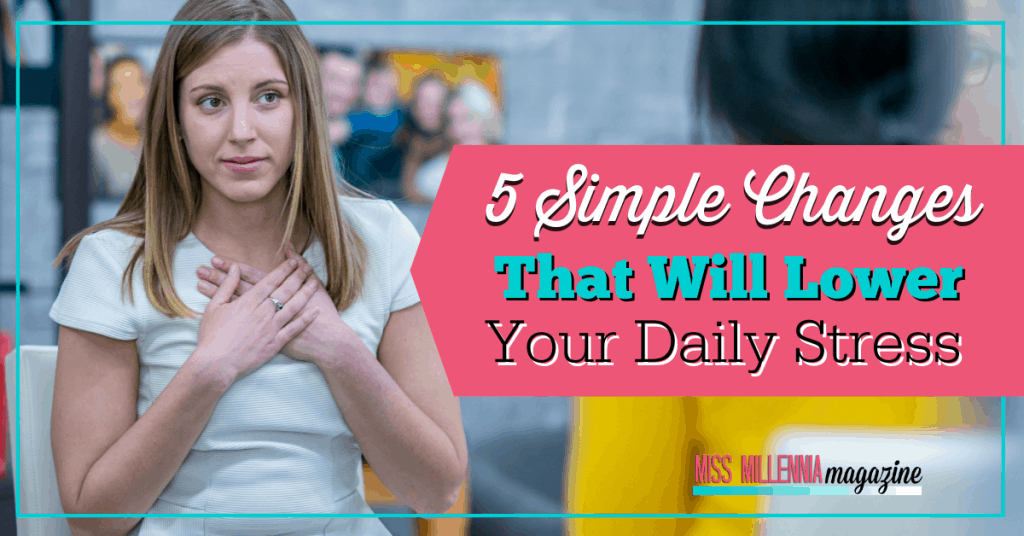 At times, it can feel like everything is adding more stress to your life. Work is busy with deadlines and demands. Everyday obligations, like cooking and cleaning, magically multiply by the day. And to top it all off, in the midst of a global pandemic, traditional avenues for stress relief are no longer available. It’s important to find ways to lower your daily stress.

Luckily, in the absence of traditional stress-relief measures, you can reconsider certain practices in your life. Sometimes, all you need to feel happier is to make a few simple substitutions.

Let’s discuss five changes you can make to prioritize your mental health and wellbeing.

Morning coffee is a daily routine for most working adults. While that caffeine may offer a temporary boost to your morning brain, its long-term effects may leave you more stressed.

Both caffeine and stress raise your cortisol levels, meaning the effects of one eerily mimic that of the other. If you’ve ever felt jittery, worried or nervy after your morning cup of joe, you know the feeling.

A simple replacement for coffee is the lion’s mane powder from Rritual Superfoods. It can give you an alert feeling similar to coffee without the accompanying jitters. Lion’s mane has been used in traditional Chinese medicine for centuries, prized for its ability to support brain health.

It may not taste like coffee, but it can help you start your day on a better foot.

2. Reach Out to Friends and Family Instead of Scroll on Social Media

Social media has the veneer of real human interaction, but it often leaves you feeling less-than-satisfied.

That’s because, on social media, people have a tendency to edit their own narratives, leaving out the bad stuff and only including the good. This can leave you feeling alone in your struggles, wishing for the happiness you see projected by others.

Of course, it doesn’t help that a significant amount of social media posting these days concerns harsh political and social realities. While it’s good to keep pace with the news, being inundated with bad news can exacerbate stress.

Next time you feel the impulse to “doom scroll” social media, try calling someone instead. Give your best friend a ring. Zoom your parents. Or reach out to an old acquaintance.

Read more about the trap of social media in these articles:

3. Watch a Comedy instead of True Crime

True crime is addictive, there’s no doubt about it. Each week, it seems, Netflix releases a new docuseries exploring the twisted minds of criminals or the dark side of otherwise button-down industries. They’re fascinating to watch, but all of that emphasis on the dark side of human nature can leave you feeling anxious.

Instead of falling down another true-crime rabbit hole, consider watching a comedy series instead. The old adage that “laughter is the best medicine” actually has medical merit.

Laughing decreases your brain’s stress response and aids in muscle relaxation. The simple switch from dramatic entertainment to light, funny entertainment can have a profound impact on your overall stress levels.

4. Use Positive Self-Talk Instead of Negative Self-Reflection

Self-improvement is a worthwhile undertaking, but it often focuses on negative self-reflection. It demands that you focus on your faults in order to correct them.

Every time you tell yourself to “exercise more,” for instance, what you’re really saying is “you don’t exercise enough.” This continuous self-critique can leave you feeling anxious and unconfident.

Try reframing your thoughts by learning to love the way you already are. Positive self-talk is a practice often used in psychology whereby you train your inner dialogue to focus on the positive aspects of yourself.

Many people learn how to use positive self-talk thanks to therapy. It’s hard to make the time, though, especially during the pandemic. However, you can be matched with a licensed therapist through the web with Talkspace! Learn more about them below.

5. Try Reishi Tea Instead of Alcohol

An alcoholic drink in the evening is a popular way to unwind after a hard day at work. On its own, that glass of wine with dinner is practically harmless (in fact, it may even be beneficial). Several drinks, on the other hand, are not healthy.

In addition to the widely reported ways in which binge drinking can be physically damaging, it also adds to your stress.

If it’s a soothing, nerve-calming after-work drink you want, try reishi tea instead. Reishi is an “adaptogen” mushroom used for centuries in traditional medicine. It has a natural ability to calm the nerves and relax the body. If tea isn’t your thing, tip some reishi powder into your post-workout smoothie instead.

With a few small tweaks to your daily routine, you can feel calmer, clearer, and more confident. Try the five substitutions above and see if they work for you. Times may be stressful right now, but that doesn’t mean you need to be stressed out. 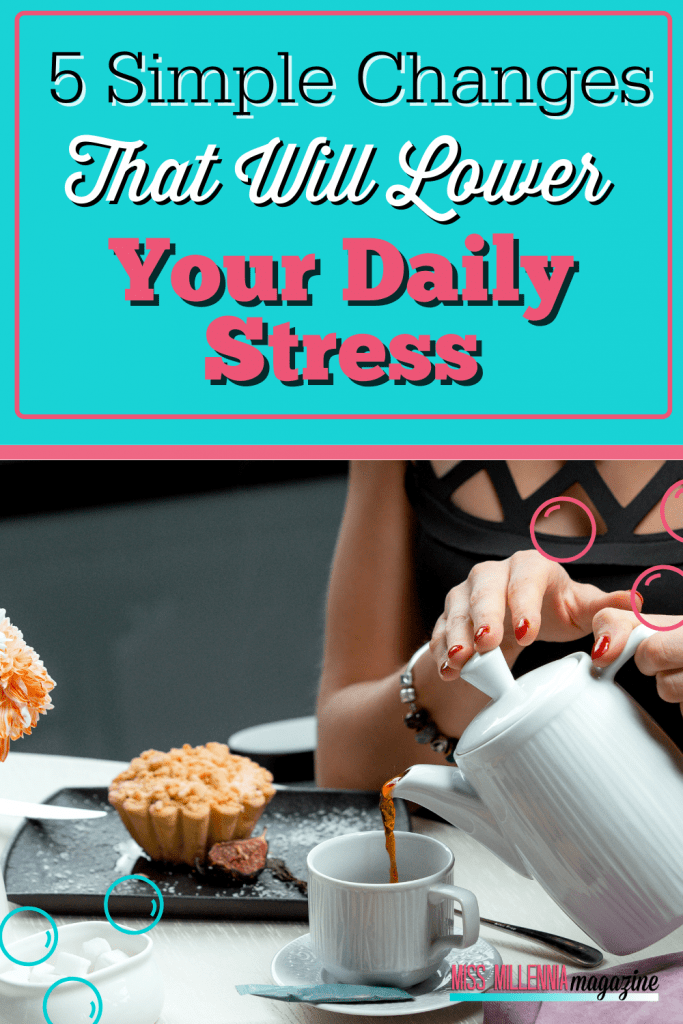