Most relationships end. If you’re the one who ends a relationship, it’s best to avoid doing it in a way that makes your soon-to-be ex loathe you for eternity — after all, that’s how people get tagged in embarrassing, caps-locked Facebook feuds. Here are some tips for letting your partner down in the gentlest, most diplomatic manner possible. 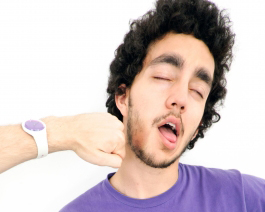 Does my partner seem aware that everything is not alright with the relationship? If they’re already becoming distant and the fire seems to have died from both ends of the candle (ignore my mixed metaphor), the breakup will be easier. You can be more blunt. On the other hand, if your almost-ex thinks everything is just fine with their “huggle-bunny” and nothing could go wrong, your breakup will require extra tact.

Objectively, is my partner a little unstable, or does he/she have spiteful tendencies? Some people are genuinely afraid of breaking up because they fear retribution from their significant others. If that’s the case, it’s time to pull someone else into the equation, i.e. a physically intimidating, supportive friend/family member to help you through the breakup and make your ex equally afraid of getting back at you. In the case of violent/abusive relationships, the cops are often an even better option.