Today is Wednesday, September 21, 2016. By the time you are reading this, it will no longer be September 21 but let the record show that I am writing on this day.

It feels a little strange to be writing this today as today is supposed to be International Day of Peace. If you have even glanced at the news or social media lately you can probably agree that the world feels anything but peaceful.

By now, you’ve heard of the shooting of Terence Crutcher by the Tulsa PD and you’ve probably seen the videos. Crutcher was stopped on the road with his vehicle when the police arrived on the scene. An interaction took place and then Crutcher was dead – fatally shot by an officer.

No matter what you think about the video or Terence Crutcher, you cannot tell me that he deserved to die. So many people say, “He wasn’t complying!” Maybe he was, maybe he wasn’t. But regardless…when did non-compliance become a death sentence? And on top of that, since when is it ok for an officer to say, “He looks like a bad dude”? The officer in that helicopter didn’t know Terence Crutcher. You will never know everything – or even something – about someone just by looking at them. That officer saw a tall black man and assumed the worst. There is never a time or place for prejudice but especially not in law enforcement. Prejudice in law enforcement can, and often does, end in death. This is nothing to play with.

It could have been any of us

Whatever your opinion is about this situation, though, I beg of you, PLEASE do not try to drag up dirt on this man. Don’t be sucked into the, “But he did this…” “But he had this…” trap. No. Stop. In no way, shape, or form is that fair to him or his family. By dragging up dirt on Terence Crutcher, you are justifying his death. You say, “Well but he had PCP in his vehicle!” but what I hear is, “He did something illegal so he deserved to get shot.”

You know what else is illegal? Driving with headphones in. Driving while tired. Driving with a dog in your lap. Driving with no front bumper (source: FastCo Exist). Drinking underage. Marijuana. You’re telling me that underage kids drinking at a college party deserve to get shot if they run when the police show up? No, of course not. Do. not. drag up dirt on this man.

I’ll be honest. I’m scared. I’ve been scared. And every time another man dies like this, I get even more scared. The more I read and hear, the more scared I become. I think of all the young college men that I mentored while working on a college campus. I think of my guy friends and my friends’ significant others. I think of my fiancé. Will I get a call one day saying that one of them is gone because they had a flat tire and didn’t put their hands up fast enough? It’s hitting closer and closer to home, friends, and it will keep getting closer until we do something.

Indifference is the opposite of hate

As the late Elie Wiesel said, “The opposite of love is not hate, it’s indifference.”

Do not stand by and just let this happen. Do not let black America feel as though they are standing alone. This is not an issue of Republicans vs Democrats or whites vs blacks or anything like that. This is a matter of us as humankind against ourselves. Maybe you missed it but we’re killing each other. And it’s getting us nowhere. An eye for an eye leaves the whole world blind. We have to be able to rise above ourselves in order to make a difference.

Look outside your box. Peek over your fence. There is a whole big world out there and right now it’s all on fire. We have to rise above ourselves and spread enough love that we smother out the fire.

Please do not misconstrue this as a cry for revenge or vengeance. I got a news notification to my phone saying that violent protestors have shot a fellow civilian in North Carolina. They are in a state of emergency. We are better than this. We are better than death threats and violence. I understand that as a nation, we are hurt, confused, heartbroken, and most of all, angry. But that is no reason to turn on each other. Violence begets violence and nobody wins. Terence Crutcher’s twin sister Tiffany spoke to media saying, “We operate and we flow in love,” and asked for peaceful protests. We have already ignored her request. Let’s not continue to disrespect her wishes. I hope we can all operate in love.

Tear down the walls

As a nation, we have built walls. We have built walls between whites and blacks. Between law enforcement and civilians. Between political parties and even generations. Everywhere we turn, there are walls. We built these walls. And it’s time to tear them down. Because if we don’t, nothing will change. I don’t have some grand plan or quick fix but I’m pretty sure it starts with love. Use love to tear down walls and smother out the fire. Allow yourself to feel frustrated and heartbroken and confused and then extend love and compassion to one another. Grab hold of those knots in your stomach and pull. That’s how the walls come down.

So how many more? How many more innocent lives are we going to lose before we start noticing? Before we start caring? Take notice. Don’t ignore this. Be hurt. Be heartbroken. Be upset and confused and angry. Be anything but indifferent. And tear down the walls. 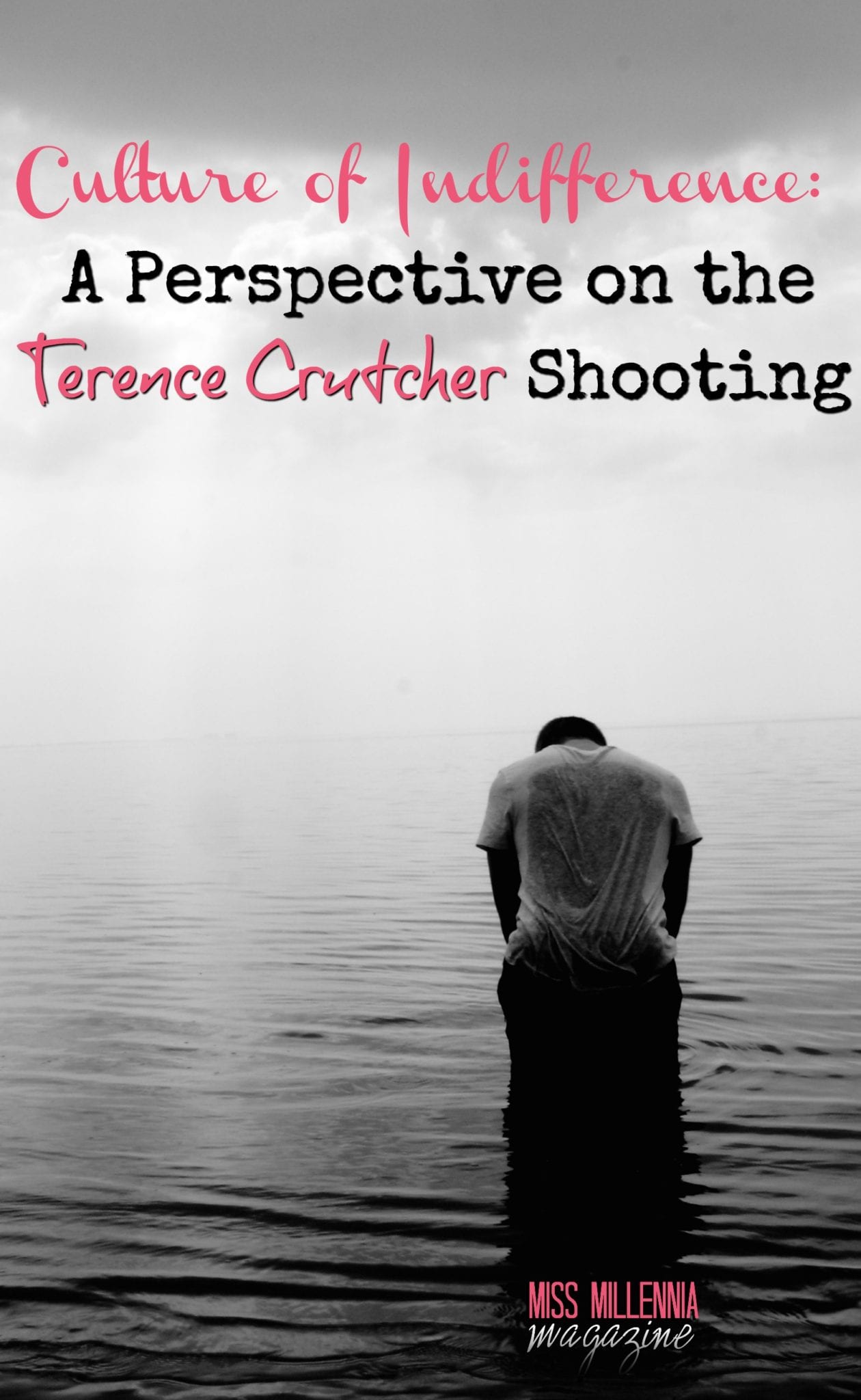 Previous Post: « 7 Easy Tips for Getting the Best Price on Airline Tickets
Next Post: Unsure of What to Do with Your Life? Here’s How to Decide »