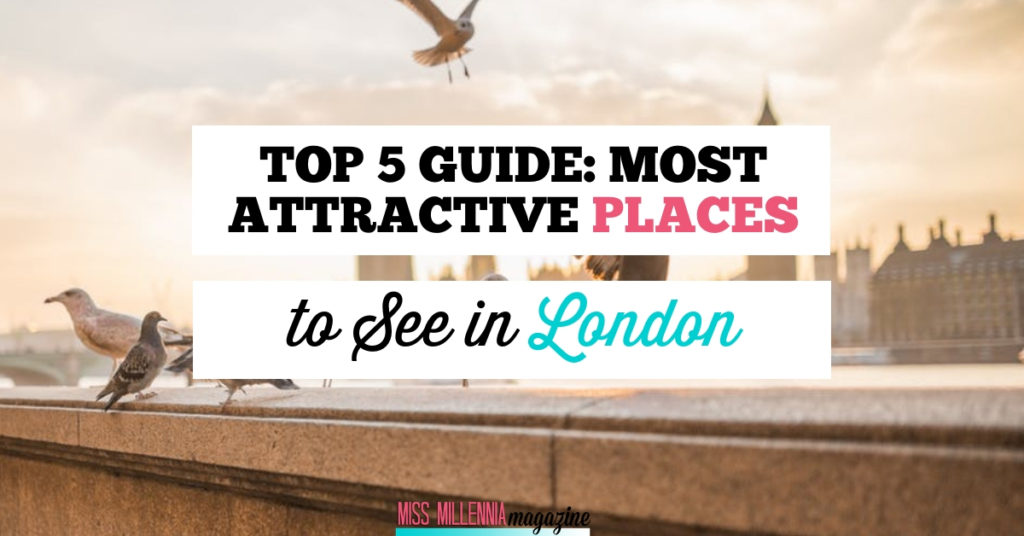 London is often referred to as a sightseers paradise. The capital city is crammed full of landmarks and historic buildings, from churches to art galleries, royal buildings and more.

Go to London and speak to a Londoner, and you’ll be assured you’re in the best city in the world!

However, while it may be impressive, London isn’t generally thought of as one of the prettiest cities in Europe.

Instead, Venice and Paris take the title for the most romantic cities, while the cobbled streets of both Amsterdam and Barcelona are often deemed the most picturesque.

London Is Worth Your While

One of the main reasons London misses out is because it’s busy. Packed out tube stations are by no means attractive, nor is the angry look on each commuter face.

That being said, if you look beyond the main tourist traps, there are some spectacular places to see in London.

Below we’ve found 5 of the most beautiful places to see in London, away from the beaten track.

So, grab your camera, get ready to update your Instagram feed, and use this guide to navigate your way around the loveliest corners of the city.

Situated within the ‘Walkie Talkie’ building, The Sky Garden is London’s highest public garden and, naturally, that means it comes with great views both inside and out.

The unique space was built to blend the modern metropolitan buildings of London with Mother Nature, and in doing so, they’ve created a green oasis in the middle of a usually hectic area of the city.

The Sky Garden boasts three stories of indoor gardens, with panoramic views of the city. It also houses several cafes and bars, making it the perfect place for a catch up with friends or a romantic date.

What’s more, The Sky Garden is completely free to enter! This makes it a great alternative to an expensive trip up The Shard for those who want to see the city from above.

Leadenhall Market is a stunning covered Victorian market, located in the heart of the business district. Built in the 14th Century, the market has been so well preserved that visiting it is like taking a step back in time.

The market boasts a domed glass ceiling, and the ornate shopfronts now house many modern bars, boutiques, and eateries. However, to see the space at its best, we’d recommend visiting on a weekend morning. This is when crowds are at their smallest, as the nearby City workers will be putting their feet up at home!

Although Leadenhall Market is by no means a secret (it was featured as the filming location of Diagonal Alley in several of the Harry Potter films), it does have a unique feel as it stands in such stark contrast to the high-rise buildings which surround it.

Frank’s Café has quickly become one of the most instagrammable spots in London. Space, which is situated on top of a multi-story carpark south of the river in Peckham, may not sound like the prettiest of venues, yet it’s one to visit.

This is because the café not only boasts a rooftop bar but a staircase art installation by Simon Whybray. ‘I Love U Boo’ was created to be a physical love letter to the artist’s long-distance partner, yet its shocking pink appearance has made it a millennial favorite for fashion shoots, candid photos, and selfies.

Frank’s Café, sadly, is only open in the summer months (usually between May and September), so do make sure you check out its Twitter or Facebook page before visiting.

While compared to the like of Positano and Copenhagen, London may not seem like the most colorful of destinations; you may be surprised to learn that there are some pockets of the city where pastel-colored houses are the norm.

Portobello Road is one of these locations. Made infamous by the Hugh Grant and Julia Roberts classic, Notting Hill, the road not only boasts technicolor shops and houses but a bustling antique market every Saturday too.

While Portobello Road is a must see, we’d also recommend visiting the nearby Lancaster Road. This residential street also boasts a rainbow of colors but, unlike Portobello Road, it’s a bit more low-key. This makes it the perfect place for getting those vibrant Instagram pics, without risking having them ruined by innocent passers-by.

While St Paul’s Cathedral is not off the beaten track, it is one of London’s most beautiful buildings, and so we felt it was wrong to omit it from this list. However, although we thoroughly recommend going to see the cathedral’s ornate interior, we also have some tips about how to view it from a different perspective.

First of all, if you want to see St Paul’s world-famous dome up close, and preferably while sipping a cocktail, then the roof terrace at the nearby Madison is the place for you. If you’d rather skip the expensive drinks, then you can also visit the terrace on top of the One New Change shopping center.

Once back down at street level, we’d also suggest viewing the exterior of St Pauls from the same shopping mall. This gives you an incredible photo opportunity as the glass facades of the retail center frame the iconic cathedral perfectly. Some would argue that this view is the epitome of London’s beauty – where the old meets the new seamlessly.

Tl;dr So, now you know exactly where the most attractive places in London are, the only question left is which will you going to visit first? Comment below to let us know all about your favorite hidden gems in London and what makes them special. 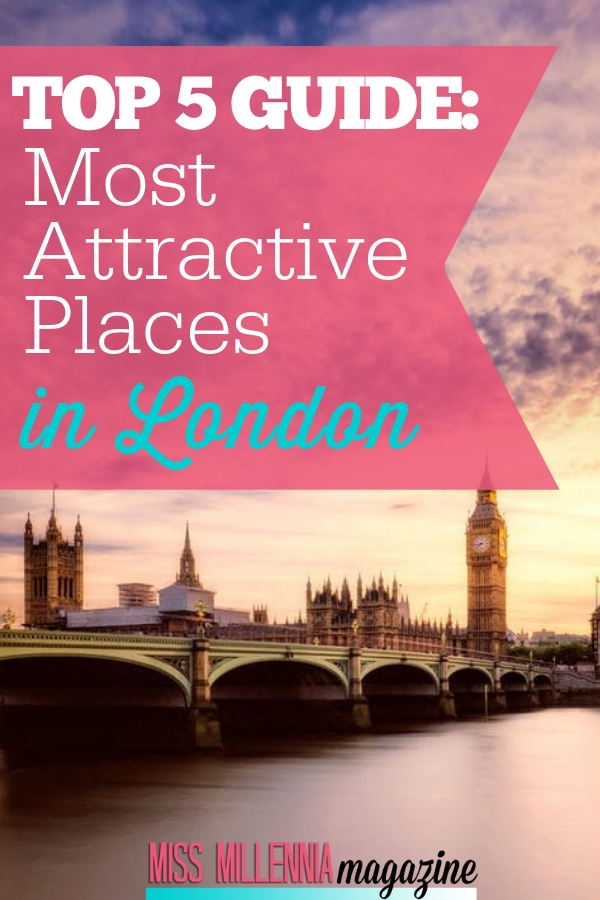 Previous Post: « How to Talk Politics with Friends Who Have Opposing Views
Next Post: Top Work-Life Balance Hacks You Need to Know »