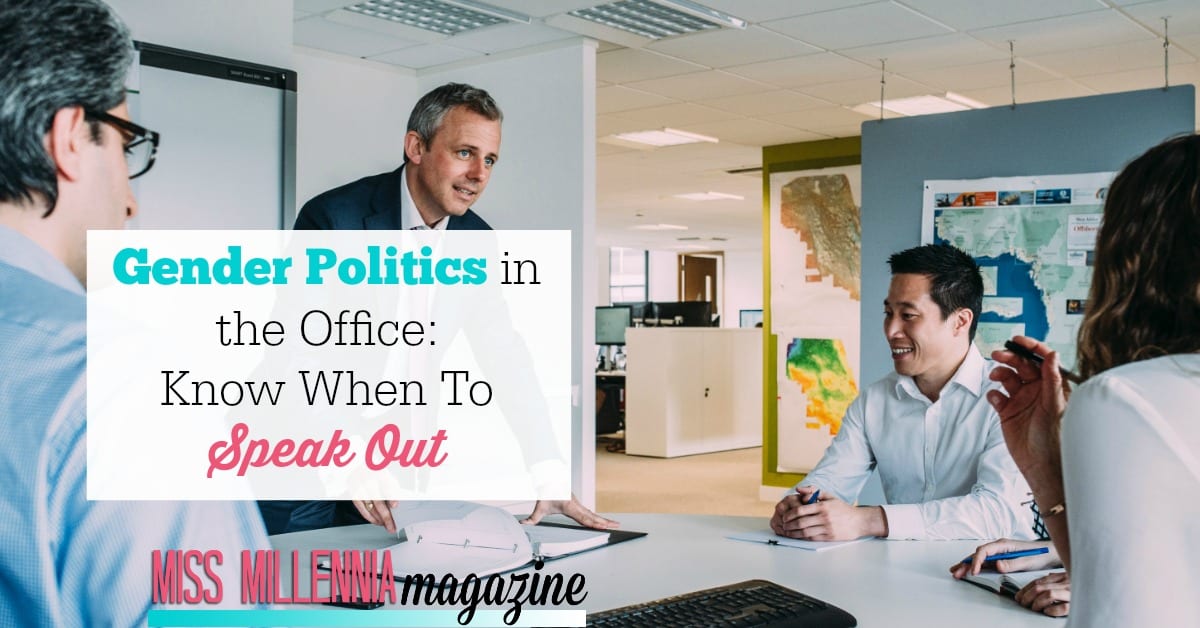 Gender politics in the workplace between men and women in history has often been—men leading, and women usually working under them. This has changed over the years; however, this repeated dynamic allowed a culture of imbalance to persist, making the glass ceiling still hard to reach. There’s a fine line between discrimination and typical office culture, and being able to recognize the difference is extremely necessary, especially as millennials enter the workforce of various industries.

When former New York Times editor Jill Abramson was fired, and it was discovered her dismissal may have been caused by her challenging the lower pay she received in comparison to her male predecessor, the wage gap conversation became a national topic. It also left many to wonder if there’s a price to pay when women challenge inequality in the workplace.

Classic movies like 9 to 5 took a comedic route of women dealing with a sexist boss. In reality, there’s not much comedy to be found in gender politics in the office. Before the civil rights movements of the ‘60s, women were expected to deal with less pay on top of normalized subordination and harassment in the workplace. Today, women may find themselves tied with playing the game or calling foul, and there are ways to go about it.

Playing the Game of Gender Politics If you have to rub shoulders with the boys as part of socializing, in general, there is no harm in doing so. Socializing and networking is a part most jobs, and if you want to make a good impression on people, then you must actively befriend and introduce yourself to new people. These people may be good potential contacts and future references. A simple invitation to lunch by a co-worker or a company party is often harmless, and participating in either will ensure healthy work relationships.

Knowing basic office etiquette and being aware of your own office’s specific code of conduct will keep you at ease when knowing what lines should not be crossed. Certain jokes might be okay while others may be offensive. Know all of your bosses, their titles, and their names. Learn to return borrowed items on time. Even better, make a habit of not needing to borrow and instead bring in snacks or drinks for everyone and on certain days. Have general good manners. Being on the right side of office etiquette is how most people play the game of the office. Keep to yourself, do your work, be organized, and avoid gossiping.

Be Reliable and Assertive

There may come a time where you have to show your drive and passion for your job, by the means of giving extra time or helping out a coworker in need. You want to make sure that if you are ever in need, someone will want to help you in return. And if it doesn’t hurt your schedule, staying late to finish something at work to stay ahead is not a bad idea. But be extremely careful in how much time you dedicate and always have a limit—always! Avoid offering help for things that are not related to work. You want to be reliable, but you also don’t want to be taken advantage of. Unfortunately for women, sometimes saying “no” attaches a negative perception; this is something many men don’t have to deal with.

However, having the ability to switch from assertiveness to reliance is a great skill to apply, researchers say. So we have to learn how to juggle it smartly. Assertiveness= OK!, aggressiveness= not OK! The difference between the two is confidence, and we have to know when to speak out. Be able to communicate your points without defensiveness and be observant before reacting to anything. Any misread cue can box us right into a stereotype we want to avoid.

Hold yourself to a standard higher than everyone else. Men don’t face the same barriers as women, so they likely don’t have the same hang-ups and feelings of hesitancy toward gender politics. But women enter the workplace, and people may have lower expectations for us.

Because of this, you have to expect higher from yourself. Simply work to the best of your ability to encourage the most productivity out of yourself. This means always showing up on time, complete all of your work and then some (if you find the opportunity), socialize and keep cordial relationships, and most importantly keep good time management and organization skills.

It would further boost your productivity if everyone in your office is on their A-game. If that’s not the case then set yourself as the standard. You can’t beat the game if you get dragged down with low office morale.

Professionalism will always beat informality when it comes to gender politics in the office. Even with e-mails, avoid “Hey” and stick with “Hello.” Always be formal and cordial. Avoid office romance with coworkers or superiors, and keep the office for work-related topics only. In an office, having disagreements can be common, but it shouldn’t lead to a long-standing showdown. Settle the issue ahead to avoid letting it fester. If you sense a situation like this brewing, you should alert your supervisor or management for a quick solution.

All forms of harassment on the job is wrong. Whether it’s physical, verbal, bullying, a gesture, or negative comments about another employee. Being able to identify harassment is important because it can come in several forms, many of them being unnoticeable due to constant occurrences.

Women overwhelmingly deal with the brunt of sexual harassment in the office, and it might be extremely hard to make a complaint due to fear. It’s been two and a half decades since a brave Anita Hill testified a sexual harassment case to the Senate Judiciary Committee. The aftermath of her testimony led to a lot of backlash and this why many women stay silent about workplace treatment.

If unwanted advances or comments are made toward you regarding your gender, you must keep a record of it and alert your supervisor or management. Then go to the human resources department if your place of employment has one, for an internal investigation. The soonest this can be done the better. If the harasser is someone in management, then a complaint must be made to their management. You can also file a complaint with the Equal Employment Opportunity Commission (EEOC) or have a trusted colleague file on your behalf—this is perfectly legal if you are fearful and want to protect your identity.

You might’ve seen favoritism in school and guess what? This can also happen in many offices around the world. Although favoritism is not exactly illegal, if the favoritism is rooted in a preference based on race, ethnicity, gender, age, then it is. Other clear displays of favoritism in the office can lead to resentment from other employees, competition, gossip, and rumors.

If you are the object of favoritism, you might not notice it. If you do, you should not allow it to continue. Have a talk with other employees you trust to get a sense of their observations. Start by declining any advantages offered to you that aren’t also offered to your coworkers. Continue to keep good relationships with other employees, and compliment them and their work. If the favoritism doesn’t stop, consider speaking to your boss directly about the issue and why it doesn’t create a healthy work environment.

Discrimination based on race, age, religion, gender, and all other specific traits or characteristics is illegal. Title VII of the Civil Rights Act of 1964 ruled it unlawful. If you or a coworker are a victim of discrimination, report to human resources as soon as possible and file a complaint with EEOC.

If you fear or suspect retaliation for making a complaint, know that this also falls under discrimination.

Most important of all in building a case is to document everything—emphasis on everything! Know the names of perpetrators, what was done, where it took place and the times of the incidents. These details are vital in keeping a record.

When making a complaint, make sure that what you file a complaint about is actually illegal. For help with identifying what constitutes as illegal, verify with your company’s workplace guidelines. Also, keep track of who you reported to and how many times you were asked to follow-up on your claims. If a situation ends up in legal hands, you want to have a strong case and be able to recall the sequence of events.

Lastly, know your rights. You may know that sexism and racism are wrong in the workplace (and everywhere else), but do you know what to do when you witness or are a victim of it at work? Gender politics has seen drastic changes, but old attitudes remain. Millennials are dominating every work industry, and we have to be aware of our rights as we seek employment. 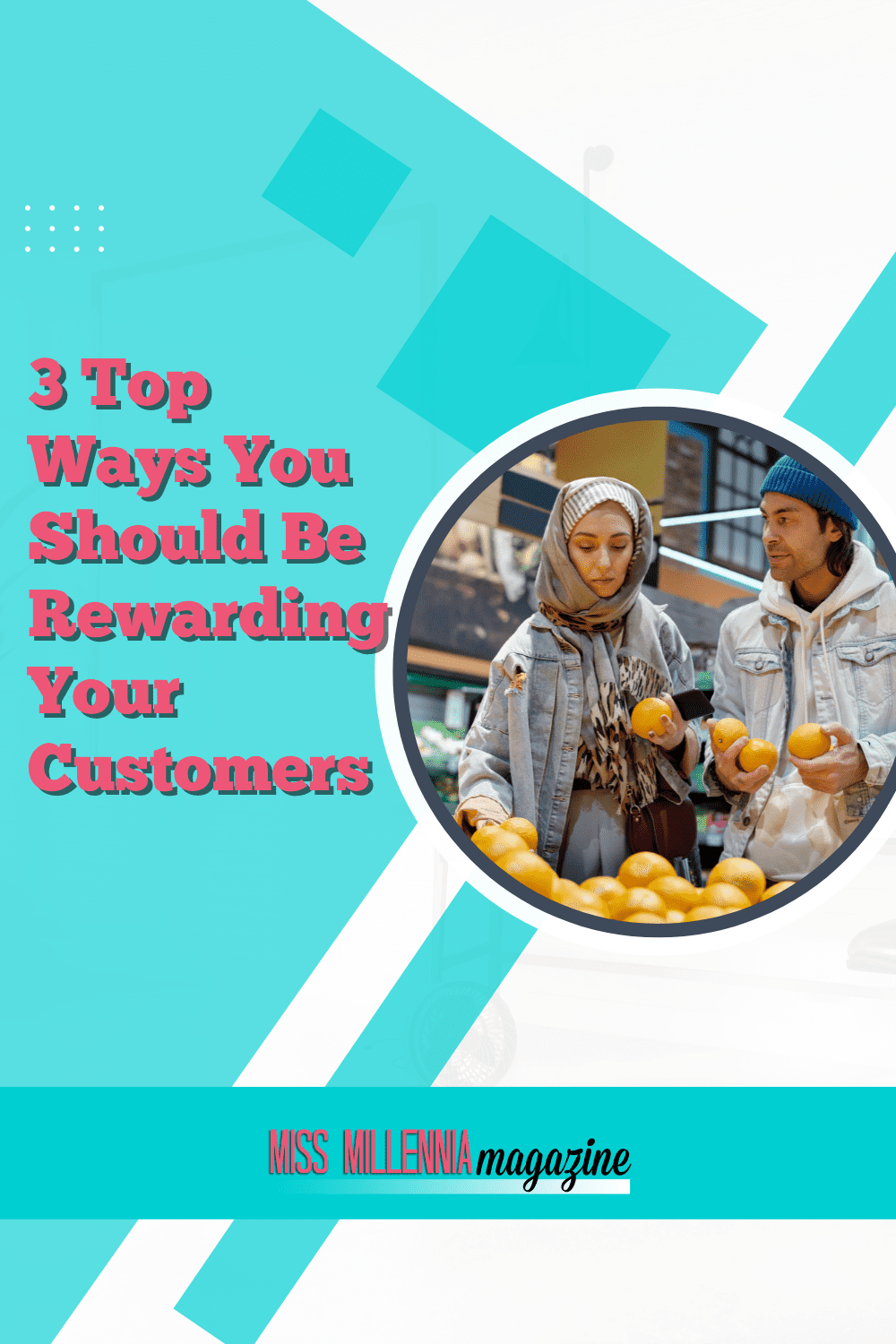 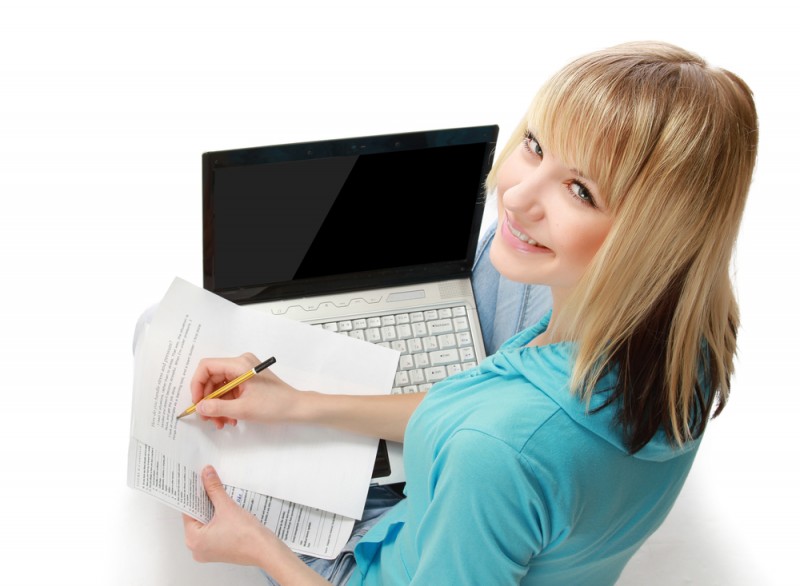 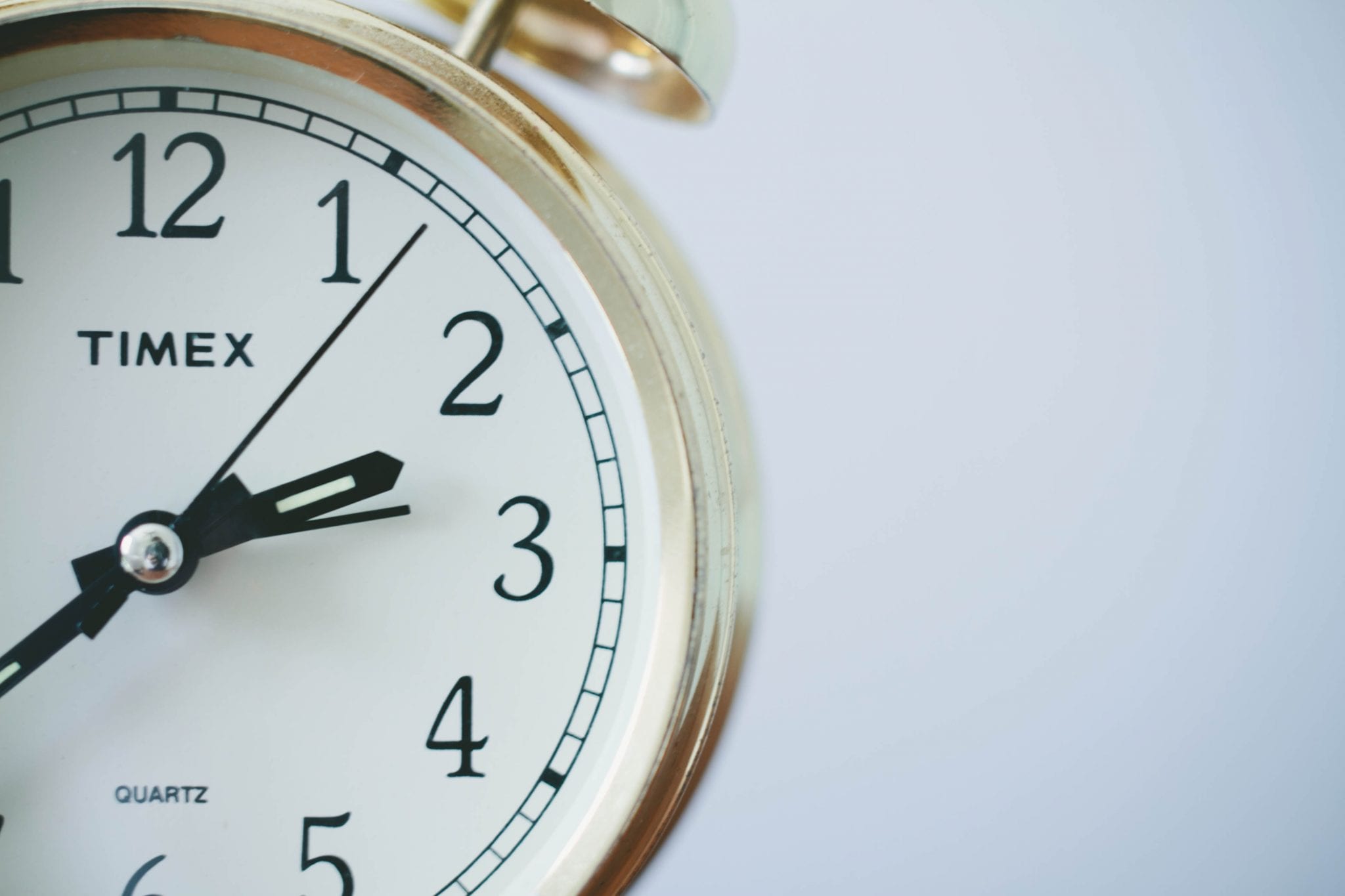 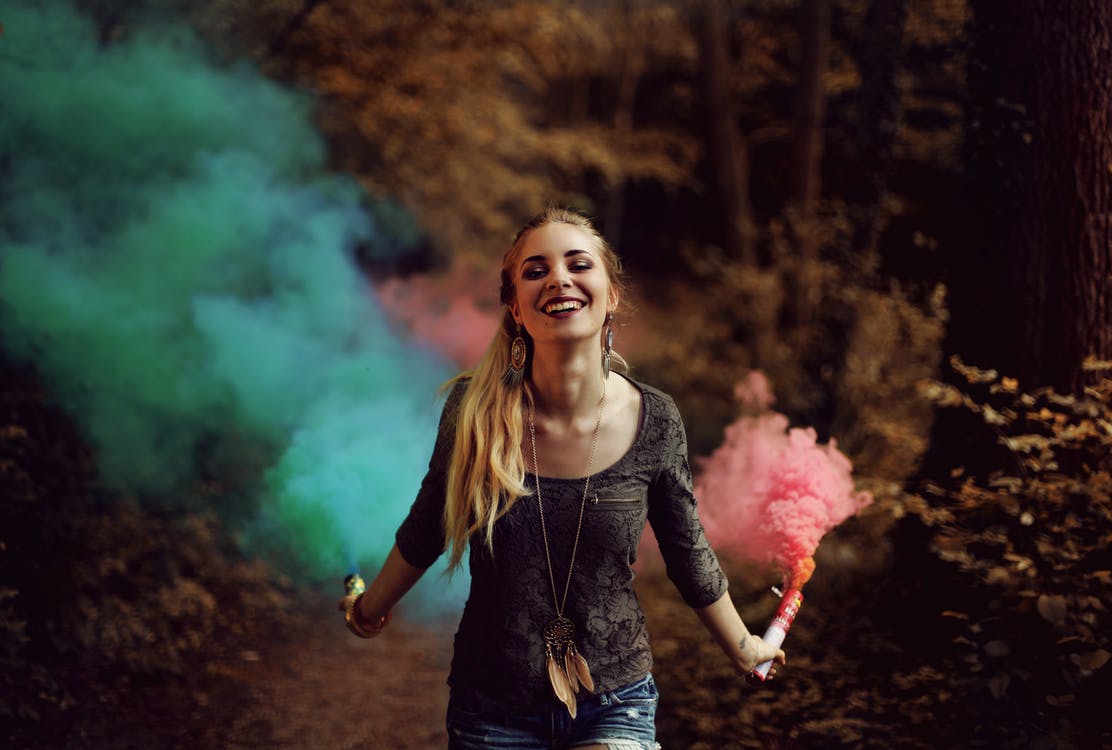 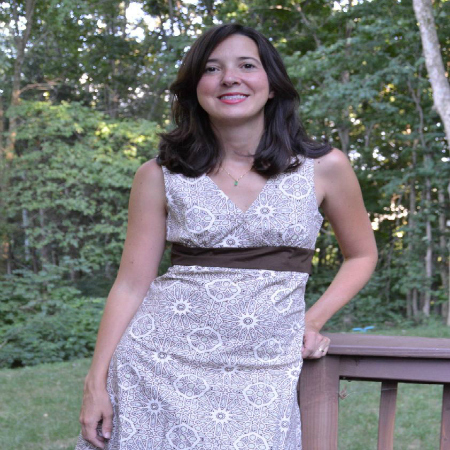