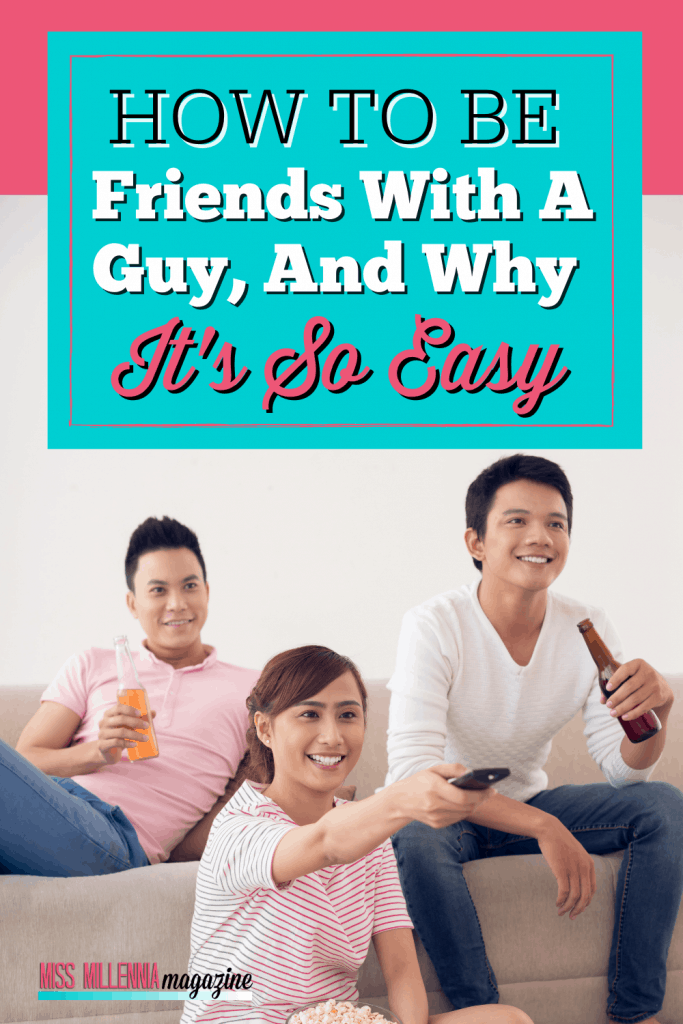 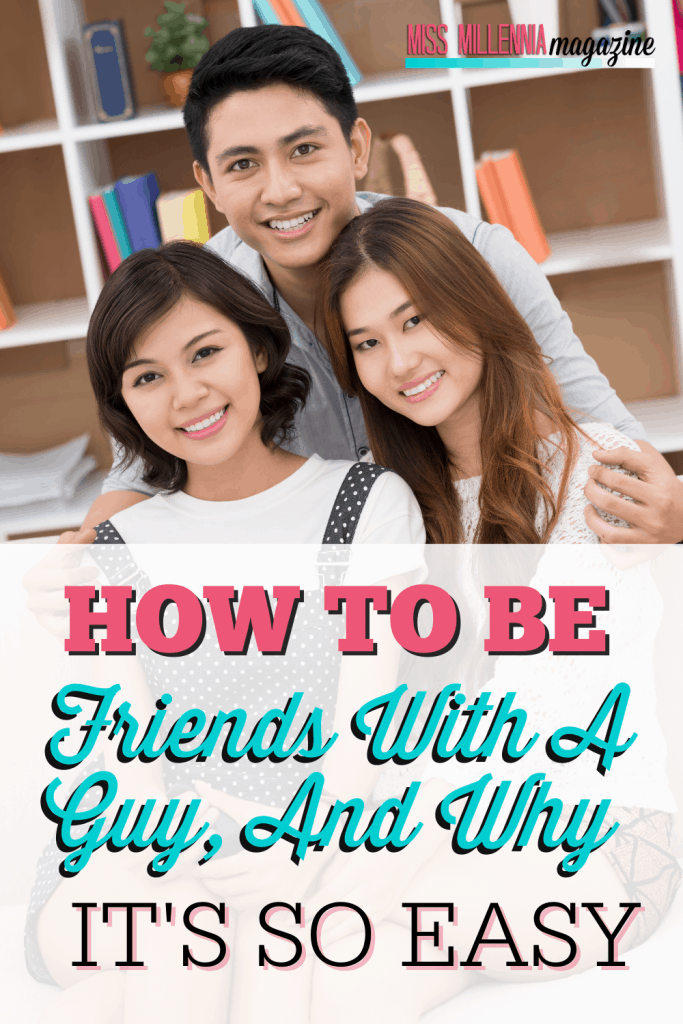 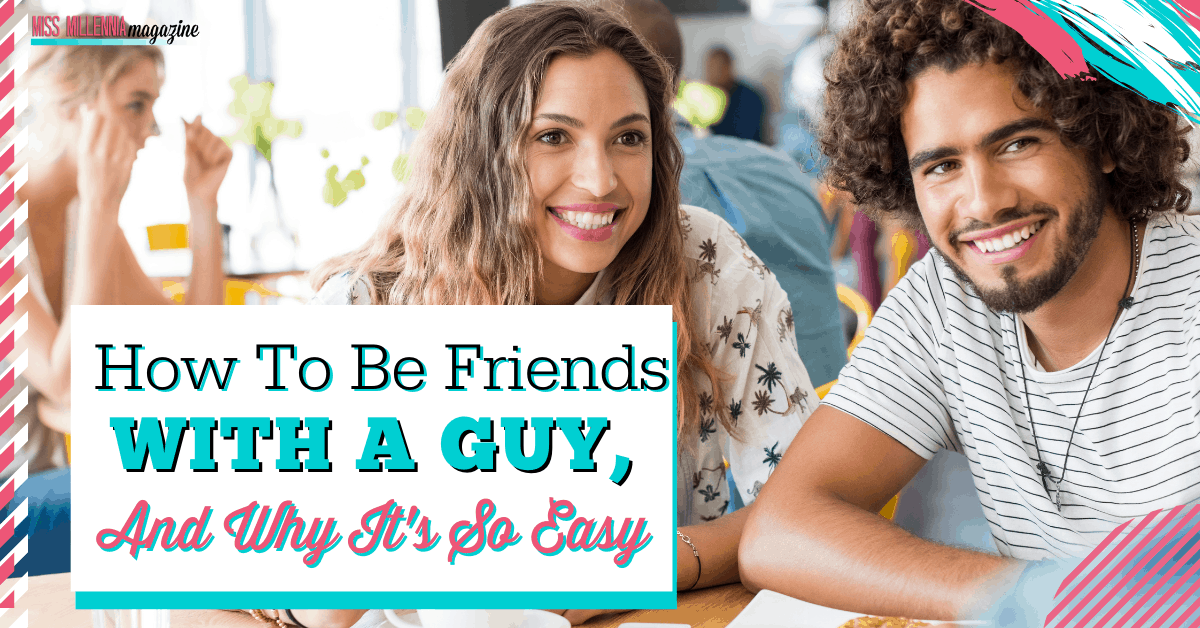 Let’s be honest here. We love our women friends, but sometimes our relationships are complicated. Learning how to be friends with a guy is important. And sometimes, it’s easier than building a friendship with fellow ladies!

Making friends with other women sometimes happens as naturally as it did on the playground all those years ago. But…not always.

Friendships with guys are by no means less complicated—they’re just different.

As millennials, we’re defining friendships and relationships differently than previous generations. People of different genders are hanging out more one-on-one without that sexual tension—for the most part. Sometimes we even find the perfect roommate in someone of a different gender!

Here are three reasons why it’s easier to be friends with a guy than with a fellow lady.

Girl friendships are so great! If they’re the real deal, they last through school, career moves, new relationships, and family growth.

You know those old women sitting down at a restaurant for literally hours while they giggle about the past and the pleasures of being so wise? Yeah, that’s you in the future. They’ve been friends for years and they’ve grown up together.

There are entirely different dimensions in a male friend. Guy friendships are by no means uncomplicated, but they seem happily straightforward.

To learn more about this, read The Gender Knot: Unraveling Our Patriarchial Legacy. It will help you understand why it’s so difficult to be good friends with a guy! (Hint: It’s the patriarchy). Buy it here!

Reason #2 – It’s easier to relate to the guys

It’s helpful to have someone on your team who approaches a problem differently than you. Because guys and gals are socialized differently, we sometimes think differently.

Additionally, if you don’t like being touchy feely, you might find a kindred spirit in a man. Generally speaking, men aren’t as excited to share their emotions (for better or worse). So you can catch a break from the heart-to-hearts and just play video games instead.

At the end of the day, men are just human beings. There are far more similarities between people of different genders than there are things that separate us.

If you want to know how to be friends with a guy, all you need to do is treat him like a fellow human being!

Dive deeper and check out the book Just Friends: The Ultimate Guide To Male Friendships. It will help you redefine the boundaries of male and female friendships. Platonic friendships are just as important and meaningful as romantic ones. Buy it here!

Millennials don’t subscribe to antiquated notions that guys and girls can’t be friends. Sometimes the friendships you make with guys will turn out to be the best you ever had! 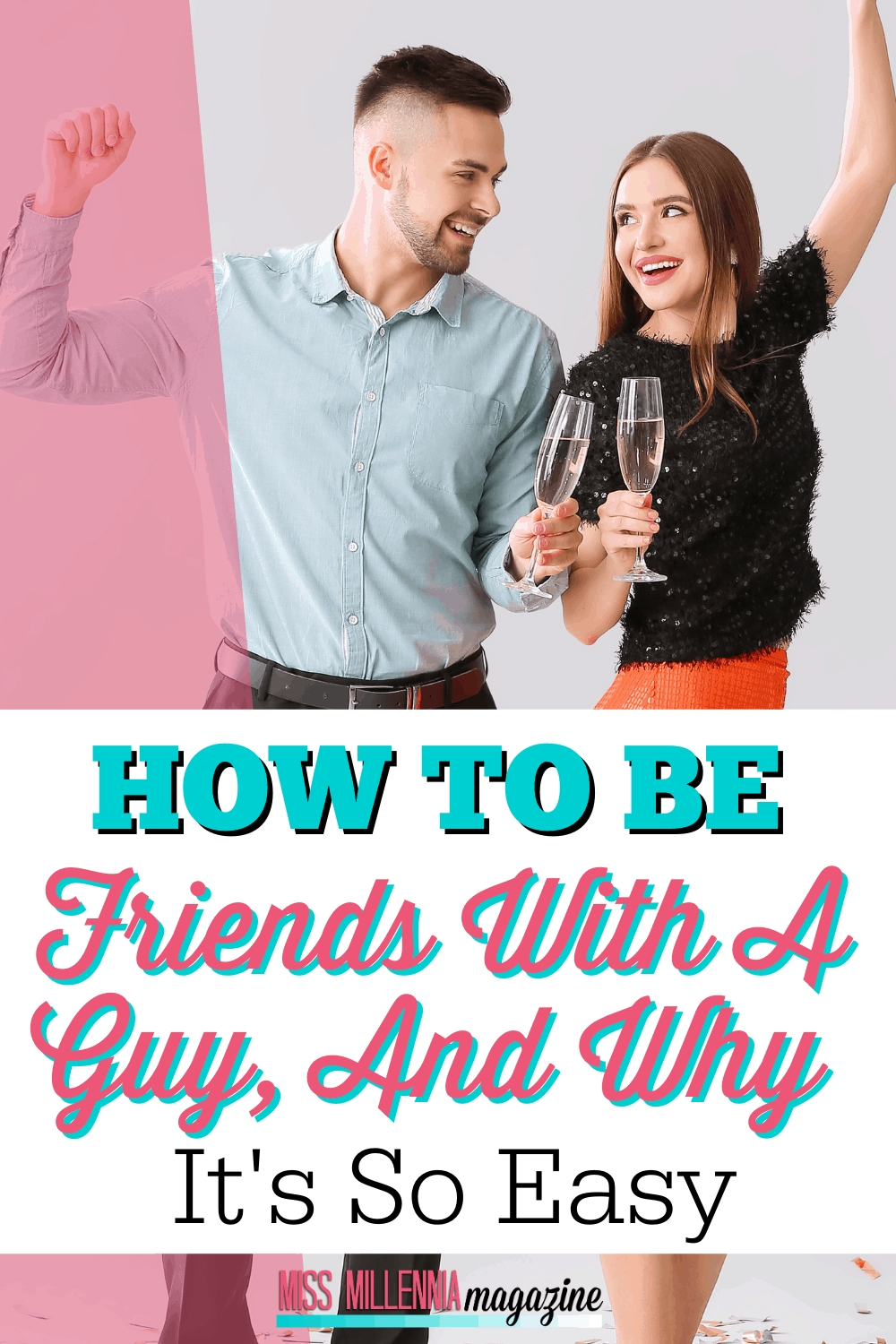 Previous Post: « Surviving Family Vacations: An Adult’s Guide
Next Post: How to Eat Healthy on Vacation without Breaking the Bank »