Healthcare is certainly a hot-button issue in the United States right now. With all the discussion about Obamacare and Trumpcare, co-pays, and deductibles, it can be hard to keep up. But don’t worry if you’re feeling a bit confused. We have some answers to 8 questions millennials have about healthcare in the U.S. right now.

1. What Exactly is Health Insurance?

At its core, health insurance is an agreement between you and your insurance company that you will both cover your medical expenses. These include doctor’s appointments, medications, hospital care, and any special equipment. Plus, it also usually includes coverage for immunizations, yearly examinations, obesity screenings, and counseling. Both you and your insurance provider must pay part of the cost of your healthcare. However, how much you each have to pay varies widely by plan. That’s why it's super important to research different plans and what they cover when choosing your insurance. You can check out more details about the specifics of who pays what under point three. And for some more nuts and bolts about health insurance in the U.S., check out Sarah’s article, 8 Valuable Things You Need to Know About Health Insurance.

2. How Do I Get Health Insurance?

Health insurance costs can vary widely. Generally, you and/or your employer pays a monthly premium for your health insurance plan.  You may also have to pay a deductible. That is the amount you must pay out of pocket for your health services before your insurance company starts covering you. Once you’ve reached the deductible, you may still have to pay co-pays or co-insurance for each doctor’s visit or medicine. A co-pay is a set amount you must pay for a doctor’s visit or prescription drug. It’s usually between $0 and $50. A co-insurance is a percentage of the cost you must pay for that health service.

Sound confusing? Yeah, I know. For more information about the nuts and bolts of insurance plan costs, check out Healthcare.gov, or their Marketplace booklet. And for a calculator that will estimate how much your health insurance will cost, check this out.

4. Will My Health Insurance Cover My Reproductive Care?

Good news, under Obamacare, women are entitled to free birth control. This means that Obamacare covers one type of birth control (out of 18 FDA-approved types) per person. Check out this site to see which 18 types of birth control count. Maternity and newborn care is also an essential health benefit that must be covered by insurance plans. (Though, you may still have to pay a co-pay, co-insurance, and/or deductible). Additionally, all insurance plans must cover OB-GYN services. So, at the time of writing, your health insurance should cover your reproductive healthcare.

However, Trump’s new healthcare plan does threaten this coverage. Right now, the 10 essential health benefits (including maternity care) covered under Obamacare will remain intact in Trump’s plan. However, under Trump’s plan, states would have the option of determining whether to include these benefits in their mandated plans or get rid of them. Additionally, the Trump administration just drafted a rule that would greatly expand the number of employers and insurers that can claim an exemption to the Affordable Care Act’s contraception coverage mandate. This is based on religious or moral objections. If the rule goes into effect as is, it could deny hundreds of thousands of women birth control coverage.

5. What About Mental Health?

The Affordable Care Act greatly expanded mental healthcare coverage. All plans on the Health Insurance Marketplace and most employer-sponsored plans are now required to cover mental health services. Most also are required to cover preventative services such as behavioral assessments and depression screenings. Mental health and substance use disorder services and behavior treatment are also one of the Affordable Care Act’s essential health benefits. However, how much each insurance plan covers will vary, so be sure to check your individual plan. For more information about healthcare coverage and mental health services, check out this site.

6. What If I Have a Preexisting Condition?

The ACHA would only allow states to charge higher premiums to those with preexisting conditions if they set up a high-stakes pool to offset the cost. However, critics argue that this isn’t enough to help such patients afford healthcare. They will still struggle to pay high premiums.

One of the biggest changes of the Trump administration regarding women’s health has to do with cuts to Planned Parenthood. Planned Parenthood is an organization that offers reproductive healthcare to 2.4 million people per year, according to their website. It provides men and women with everything from cancer screenings and birth control to STI testing and abortions and so much more.

Congress has announced that they would like to defund Planned Parenthood. This means that people who use public healthcare programs such as Medicaid or Title X would not be allowed to receive healthcare from Planned Parenthood centers. About 60% of Planned Parenthood patients rely on Medicaid and Title X to fund their healthcare, so this would have a serious effect. Patients already can’t use federal funding to fund abortions, so this goes beyond the abortion debate.

It’s unclear whether Congress will pass this action. However, Planned Parenthood and its defenders are gearing up for a long fight. If you’re interested in getting involved in the fight against defunding Planned Parenthood, check out their site and suggestions.

8. How Will Trumpcare Change Things if it Passes?

I’ve already discussed a few things that will change if a version of Trump’s healthcare bill passes. Patients with preexisting conditions may end up paying higher premiums, more employers and insurers may be able to refuse coverage for contraception, and Planned Parenthood may lose a bulk of its funding. There are some additional things that would change under Trump’s proposed plan as well.

Firstly, Trump would like to get rid of Obama’s individual mandate. (That’s the tax people who refuse to purchase healthcare must pay). Instead, those who opt out of health insurance would face a 30% surcharge on their premiums when they reenter the healthcare system.

Additionally, Trump’s plan involves rolling back the Medicaid expansion Obamacare put in place. That would mean fewer people would qualify for assistance from Medicaid. Right now, the federal government will open-endedly match the states’ funding for Medicaid dollar for dollar. This has allowed states to expand Medicaid to more people. Trump’s plan would halt and roll back this expansion.

Trump’s proposed health care plan would result in many other changes as well. You can check out some of them here. However, since Congress did not pass the American Health Care Act, they will have to make more changes before the country has a final new healthcare act.

Healthcare is certainly not an easy topic to get a grasp on. Hopefully, this article has cleared up some common questions about healthcare in the U.S. For lots more information on the topic, check out some of the resources I used below! 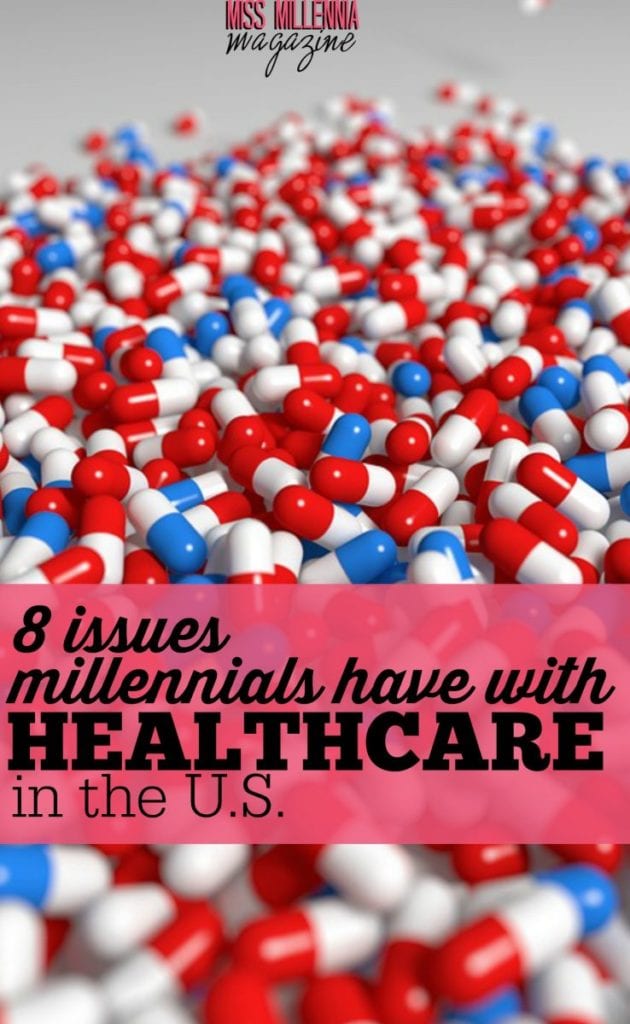 Previous Post: « 11 Books All Career-Driven Millennial Women Should Read
Next Post: Here’s What You Need To Know About Cultural Appropriation »