It probably isn’t really a secret to anyone who knows me well, but I am a major procrastinator. I know I am not the only person with this secret, but when I am in the throes of my secret problem, it sure feels as if I am. 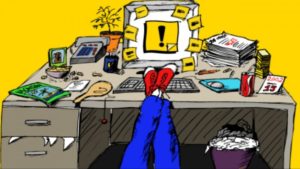 Procrastination is the avoidance of doing a task that needs to be accomplished. The practice of doing more pleasurable things in place of less pleasurable ones or carrying out less urgent tasks in preference to more urgent ones. Putting off impending tasks to a later time, sometimes to the last minute before the deadline.  The negative impact of procrastination is anxiety, guilt and loss of production.  Procrastination could also lead to health problems from continuous high levels of stress. Unfortunately, all of these symptoms promote further procrastination and can impede normal functions. You may find that you feel stuck.

How To Win Against Procrastination! 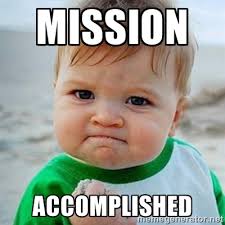 To pull yourself out of the cycle of procrastination you must first recognize what is happening, understand your reasons for procrastinating, and forgive yourself for being human and devote a little energy to take the necessary steps to move forward. Wait a minute…forgive myself? Yes, I mentioned forgiving yourself.

Phycology Professor Michael Wohl and his colleagues at Carleton University of Canada proposed a rather surprising cure for procrastination: self-forgiveness. Forgive yourself for your procrastination, then move on and get over it. You'll be more likely to get going without delay next time around. However, forgiving yourself is not such an easy thing to accomplish. We are quicker to forgive others than ourselves.

A Stanford study on the definition of forgiveness concluded that forgiveness “consists primarily of taking less personal offense, reducing anger, and the blaming of the offender, and developing an increased understanding of situations that lead to hurt and anger.”  Sharon A. Hartman, LSW, a clinical trainer at the Caron Foundation, a drug and alcohol treatment center in Wernersville, Pa., deals with the need to forgive every day. “Forgiving oneself is of the more difficult part of recovery. . . So many people have a constant, critical voice in their heads narrating their every move. No one, Hartman adds, can beat us up better than we beat ourselves up.”

Forgiveness is often confused with condoning or a lack of accountability, Hartman says. “This is a world with high-performance standards and people think they need to be perfect. Yet people do things—intentionally or not—that hurt others. You may not intend to harm, but the other person is no less hurt.”  People think forgiving yourself means you are letting yourself get away with whatever it was you did and the pain and anger you are feeling are supposed to be your punishment. That's when you need to stop at some point and forgive yourself or you will cross into resentment.  Resentment will place you back on the road to procrastination.

However, when learning to forgive yourself, do not make the mistake of trying to forget your mistake or the triggers that put you on the road of procrastination in the first place. You must remember it to recognize it when it rears its ugly head so you can combat the trigger.  It’s best to have a plan in place when you activate your trigger.  For instance, if you have an article to write and you put it off until the morning of the due date.  What happened?  What were your feelings when you received the assignment? Did you feel overwhelmed? Resentment? Tired?  These are triggers that you need to recognize immediately and go into action to counteract these early signs of procrastinating.

Another cause of procrastination is a distraction. If you are one of the many people in America who constantly monitor their cell phone for messages, emails, or other multiple ways we self-medicate from our tasks, you are at a greater risk of suffering from procrastination. This is the science of distraction. Distraction is defined as extreme agitation of the mind or emotions, hysteria, madness, or frenzy. With today’s myriad ways we go through life with half a mind on the task and the rest of your attention zeroing in on other matters, it is a wonder that we are still able to function at all. Our lives our overflowing with distractions. My kryptonite for distraction is focus—shut everything down and concentrate on just the task at hand. Do not allow yourself to become distracted. This is a learned behavior that you can perfect with practice, but in order to overcome procrastination, you will have to become diligent in practicing it.

There are additional triggers of procrastination. However, Timothy A. Pychyl, an associate professor of psychology points out that procrastination isn't so much a matter of poor organization as it is a psychological block:

Procrastination is not a time-management problem, it's a complex problem involving personality, situations, and motivation.

But don’t forget to forgive yourself for we are human. 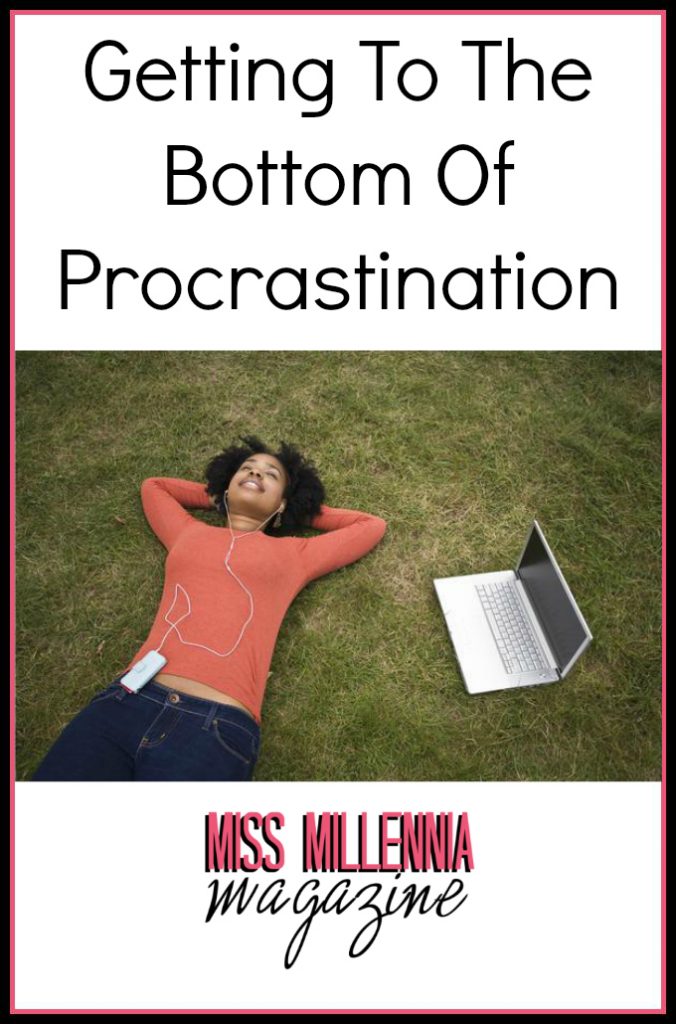 Previous Post: « Top 7 Reasons to Get Your Glasses Online
Next Post: How to Get the Best Offer for Your Property »