The state of sex education in the United States (and many other places around the world) is bad. Many schools have abstinence-only education policies, thereby denying sharing vital information with young adults about safe sex, consent, intimacy between same-sex partners, and other important topics. And it’s not necessarily the teachers’ fault—there are laws that prohibit such information from being shared. The intent is to dissuade teenagers and young adults from having sex. Obviously, it doesn’t work. In 2013, 47% of high school students reported that they have already had sex (source). Don’t they deserve to know the facts about the risks and rewards of having sex?

One risk of having sex is the chance that you might contract an STI. Just like many other aspects of sex, there is a lack of information given out about STIs and the reality of living with one. For the most part, young adults simply learn that STIs are terrible and will ruin their lives, and they should do anything possible to avoid contracting one. While no one likes getting sick, there shouldn’t be anything especially shameful about having an STI. If you want to learn some scientific information about STIs, read on!

What is an STI?

STI stands for Sexually Transmitted Infection. They are caused by bacteria, viruses, or parasites. They are most often passed from one person to another during sexual contact, though they can be transmitted other ways too.

What Happened to STDs?

If you’re about 20 or older, chances are when you took sex education in school you were warned about STDs, not STIs. What’s the difference? Simply put, there isn’t one. STI is simply an updated term to call this group of illnesses. The term was changed from Disease to Infection because the illness doesn’t usually develop into a disease. Those affected are merely infected, and some don’t even have symptoms. With proper treatment, most STIs clear up within about two years.

How are STIs transmitted?

An STI is transmitted during intimate contact between two people. Most are passed through sexual fluids, but some can also be passed through skin-to-skin or skin-to-genital contact. Different STIs can be transmitted in different ways. Don’t worry; STIs don’t appear out of thin air. If two people who both don’t have an STI have sex, there is no risk that either person will contract one. That being said, certain STIs can be passed via blood, such as HIV. So it’s important to talk to your partner about STIs before you are intimate, whether it’s a one-night stand or you’re in a steady relationship. Better safe than sorry!

What Kind of STIs exist?

There are many different kinds of STIs. As I mentioned before, some are viral, some bacterial, and some parasitic. There are also varying ways that the infections can be transmitted, and different locations on the body, external symptoms can be seen.

Among these, the most common are chlamydia (the most commonly reported STI in the USA), HPV (almost every sexually active person will have it at least once, but most forms are harmless and go undetected), herpes (because it’s transmitted through skin-to-skin contact) and gonorrhea (often along with chlamydia).

How do you Treat STIs?

One thing that’s important to know about STIs is that they will not necessarily ruin your life forever. Unfortunately, like all infections, some STIs can have serious effects and even lead to death. Almost all STIs (notable exceptions are AIDS and HPV) can be treated and cured. Luckily, though, there is actually now a pill that people can take daily to help prevent the spread of HIV (which leads to AIDS). It works similarly to birth control and is called PrEP. For treatable STIs, the treatment method depends on how the virus infects you (i.e., virus, bacteria, or parasite). If it is a bacterial infection, you can take antibiotics just like you would with any other bacterial illness. Antiviral drugs are also available.

Can You Prevent Them From Spreading?

The short answer to this question is yes, it’s possible to prevent transmitting STIs. Abstaining from sexual contact obviously is one way. It is also the only way to absolutely make certain that one person does not pass their STI to their partner. Condoms and dental dams can also be used to help prevent the infection from spreading, but neither are 100% effective. Latex condoms are the most effective against transmitting illnesses, but make sure that your partner isn’t allergic to latex before using one.

Am I Allowed to Have Sex When I Have an STI?

It is absolutely crucial that you talk to your partner (or potential partner) if you do have an STI. Even if you practice safe sex to prevent infecting them, they might not feel comfortable. They deserve to know about the risk they are taking should they be intimate with you. As I already said, the only way to make certain one person does not pass their STI to their partner is if they abstain from sex. In the case of Herpes and other STIs that are transmitted merely through skin-to-skin contact, it makes it difficult to have any sort of intimate contact. If someone has an STI that is only passed through sexual fluids, then they can still have sexual contact as long as no fluids are exchanged.

Why Is There So Much Misinformation About STIs?

Unfortunately, most sex education in the United States uses scare tactics with young adults in an effort to make them not want to have sex. Telling them about the horrors of STIs is one way to do this. Instructors will show their classes graphic images of the genitalia of those with an STI to prove their point of how horrible it is to have an STI. The thing is, though, those images are often the worst-case scenario, not the norm. Statistics and history both prove that there is no way to actually scare teenagers out of having sex, so why should we continue to deny them easy access to the knowledge they need to be safe? There really is no logical reason.

The more you know about STIs, the more you will probably realize that, for the most part, they aren’t the life-ruining disease you might have thought they are. Unfortunately, some STIs are very seriously life-threatening but the vast majority aren’t. As medical advances are made, STIs (even the more damaging ones) are becoming more treatable and curable. Hopefully, in the future, we won’t have to worry about them at all!

How are you going to help spread accurate information so more people know about STIs? Do you have further questions about this taboo topic? Let us know in the comments! 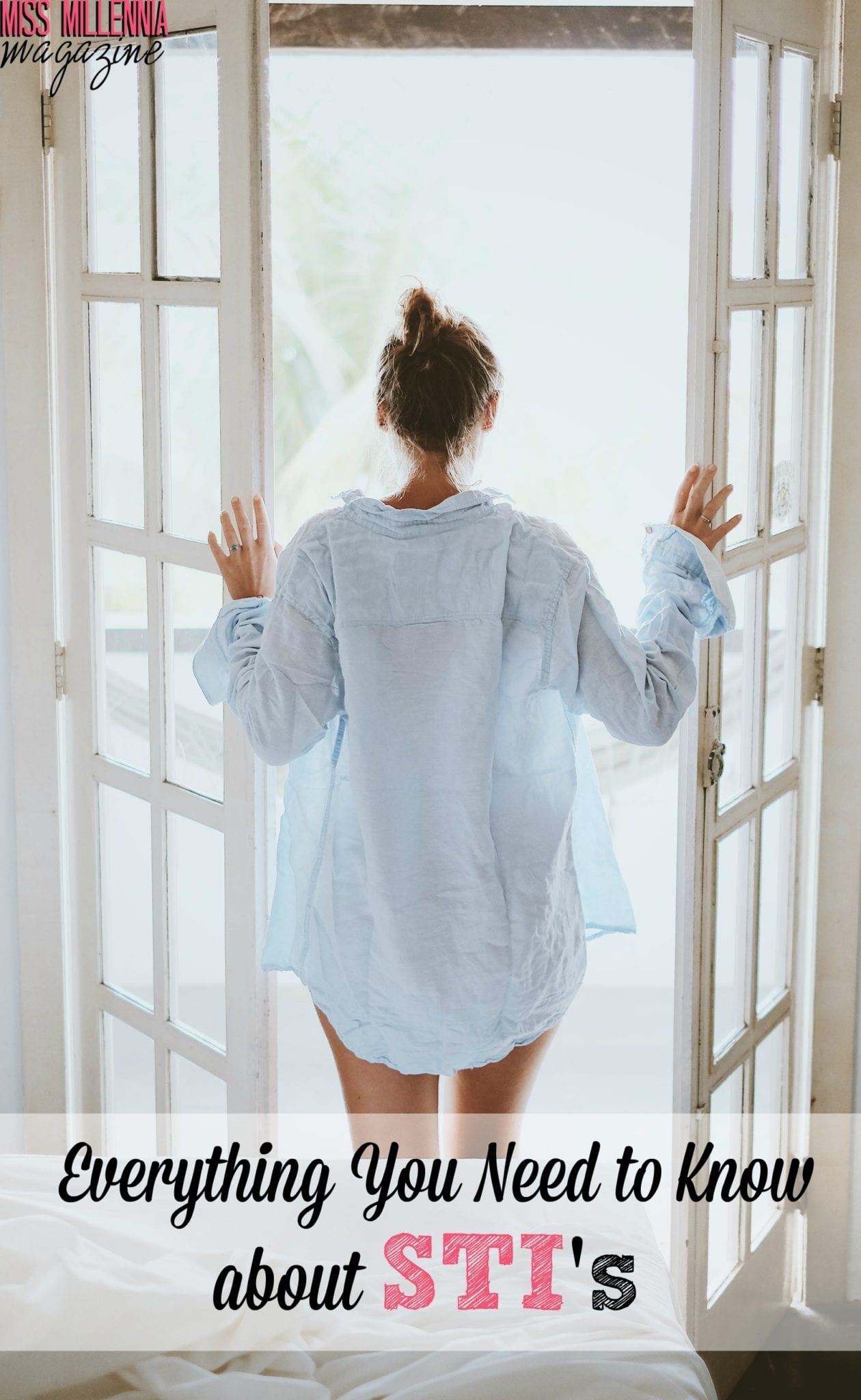 Previous Post: « Top 4 Ways to Get More for Less
Next Post: 11 Things Every Woman Should Do Before Settling Down »