When most people talk about personal finance they usually discuss budgets, asset allocation and cutting out Starbucks lattes. This is all great and very much needed in the world, but for some reason it’s not helping people sort out their finances.

Gallup released a poll earlier this year that stated 50 percent of Americans are still feeling very stressed about money. This is despite improved economic circumstances. A 2012 National Financial Stability Survey by FINRA noted how 40 percent of Americans can’t scrape together $2,000 for an emergency within 30 days.

Millennials, in particular, also aren’t investing. According to a Capital One Investments Survey, 93 percent of millennials surveyed distrust the market and feel like they don’t have enough knowledge to start investing.

Other reports have stated how millennials have over 40 percent of their assets in cash, which can be detrimental to building wealth because cash can’t win against inflation.

With a plethora of financial education resources available online, why are people still finding themselves in financial trouble? Why are we seeing the same issues over and over again?

It’s because money has a lot more to do with psychology and self-awareness than most people realize. That’s why the conversation about finances among financial planners, business coaches, accountants and financial bloggers has shifted in recent years to talking about thoughts, feelings and emotions.

In particular, there’s been a lot of talk about how our own self-worth, meaning how worthy we perceive ourselves to be, can have a direct impact on how much money we make and how we manage it.

They noted how individuals with an above average net worth had a little extra juice. They were more confident in their abilities to bounce back from financial failure, they took risks and they always found ways to build more wealth.

The author notes how it’s difficult to quantify how much this actually affects finances, it’s also difficult to pinpoint exactly what this phenomenon is (he calls it The X Factor), but one thing is obvious: People who show these traits undoubtedly build more wealth. Kate Northup also talks about this in her book, Money: A Love Story. She recalls how she couldn’t get out of $20,000 of credit card debt until she realized she had to value herself enough to do so. Once she realized that how she took care of her finances was a direct reflection of how much she valued herself, she was able to increase her income and pay off the debt within a few months.

As a business coach who has to help people through their money traumas as they build a business, I can tell you I’ve seen the same thing multiple times.

The individuals who are confident in themselves ask for more money, spend very little time feeling sorry for themselves and are very aware of the opportunities around them. They tend to reach their income goals far quicker than individuals who don’t possess these traits. They also tend to be smarter about how they spend their money.

As a former recruiter, I can also tell you that candidates who walked into a job interview with confidence ended up landing the job. In some cases I even saw companies offer them more money than what was initially discussed just because the candidates would simply blow them away.

Bottom line is the more you truly value yourself, and the more self-aware you become, the better you’ll be at managing your money. How To Boost Your Self-Worth

So we know that how we perceive ourselves can affect how much money we make and what we actually do with it. The question now becomes, how do we boost our own self-worth?

Unfortunately, we live in a society where it’s frowned upon to think highly of ourselves. We tend to associate a healthy sense of self-worth with conceit. As I mention in my book, the difference between being confident and conceited is that those who are conceited think they can do no wrong, whereas individuals who are confident are open to input and changing course if necessary.

Here are a few ways you can build your self-worth and start seeing yourself in a better light so that you can take better care of your money.

1) Take action even if it scares you

I often get asked, “How can I become more confident?” The reality is you can’t think your way into confidence, you have to act your way into it. This means taking action steps toward your desires even if you feel fearful.

For example, it could mean asking for that raise you’ve been eyeing. It could also mean making sure you set aside money for your savings before paying your bills for the month. It may even mean learning how to invest, even if you feel intimidated by the subject.

These things are scary for people because they aren’t confident in their ability to make enough money or manage their finances, but the only way to show yourself you can do it is to take those steps that seem scary.

In the monumentally famous financial and business book, Think and Grow Rich, Napoleon Hill interviewed some of the 20th century’s most influential and wealthy people in an effort to find out their secrets. Many of them talked about the power of mastermind groups. In other words, they made sure to surround themselves with people who were doing amazing things and could help them move forward.

You may have heard the popular quote “You are the sum of the 5 people you spend the most time with.” Well, it’s true – especially when it comes to money. 3) Show some gratitude – for yourself

This is an exercise from Northrup’s book and it’s a game changer. Each night before bed write down three ways you added value to the world that day. Think of it as the time when you have full permission to toot your own horn and show some gratitude for the awesome things you already do.

By doing this very simple exercise you begin to train your mind to value yourself. The idea is that the value you feel is then reflected back to you. I speak from experience when I say this works.

If we don’t learn to value ourselves then it’s going to be difficult to value our money. It’s only by seeing ourselves as truly worthy of a healthy financial life that we can begin behaving accordingly. Otherwise, it’s simply putting a bandaid on a deeper issue. Interested in learning more about how to deal with your finances? Be sure to read What You Should Have Learned About Money, But Never Did: A Gen Y Guide to Empowered Personal Finance. 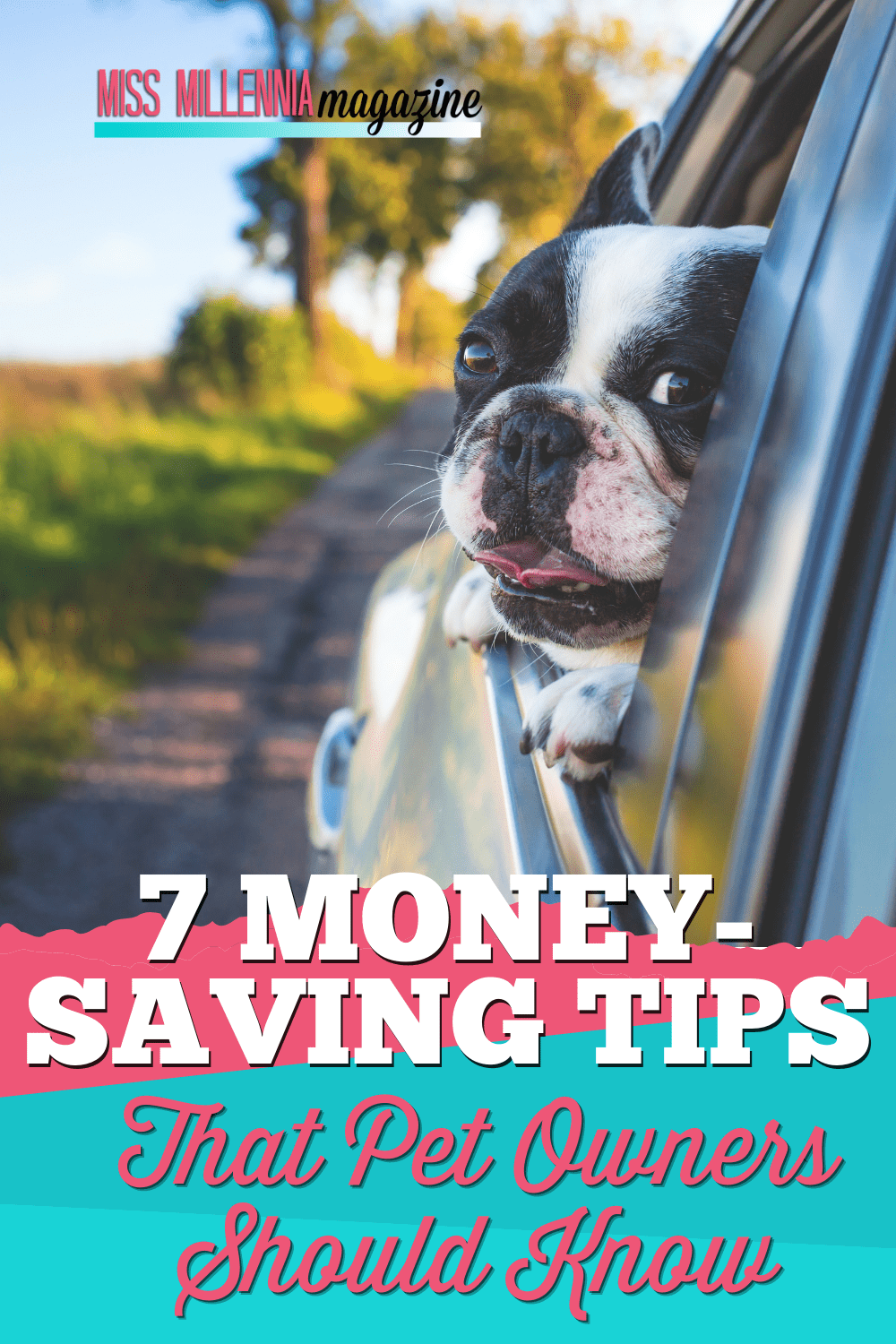 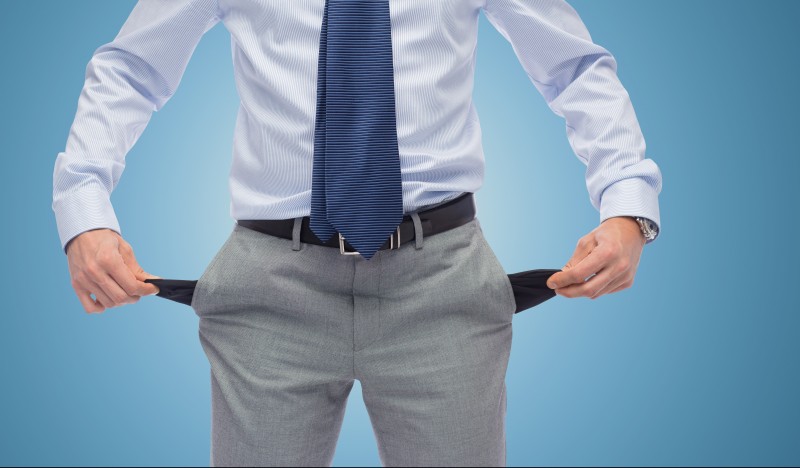 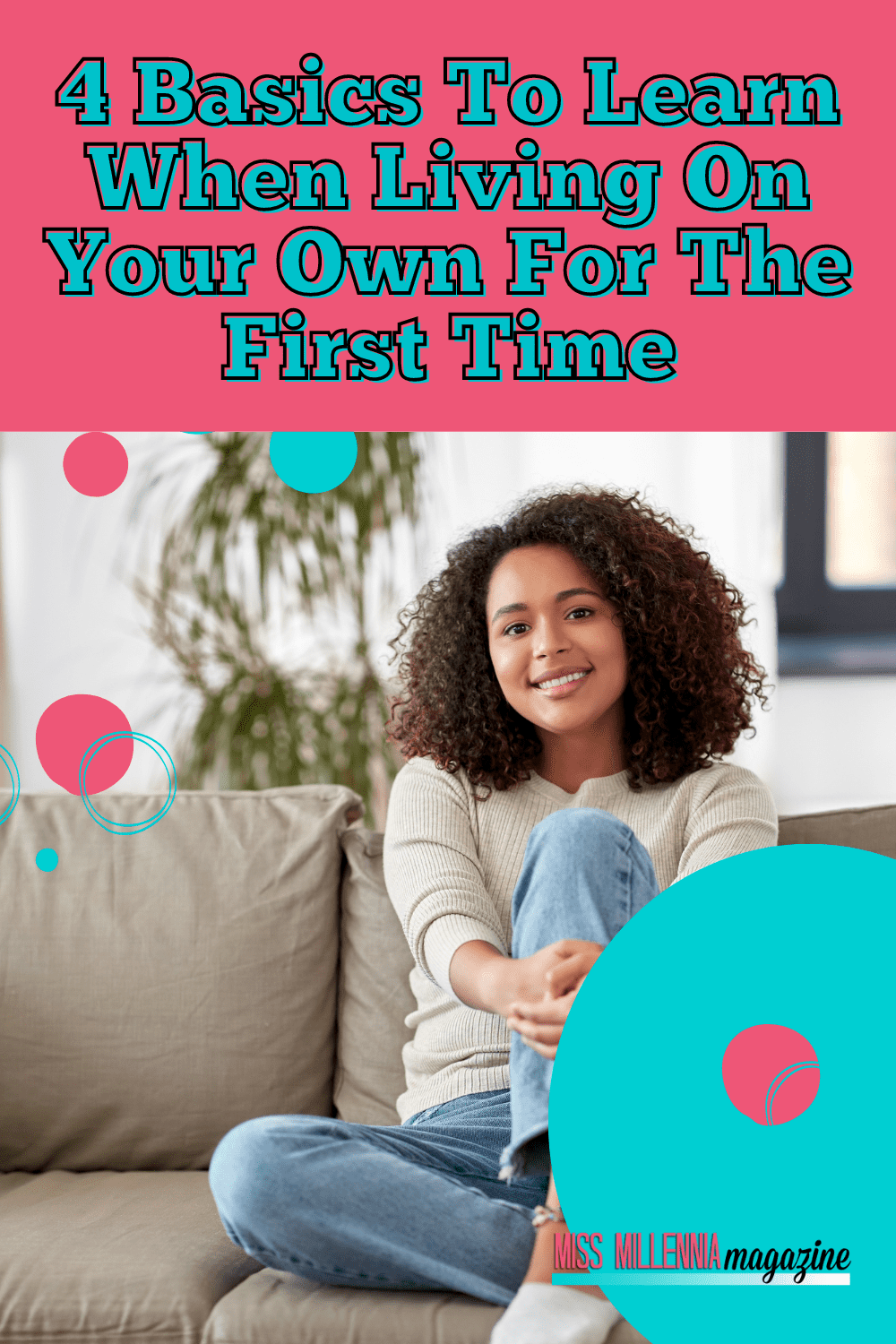 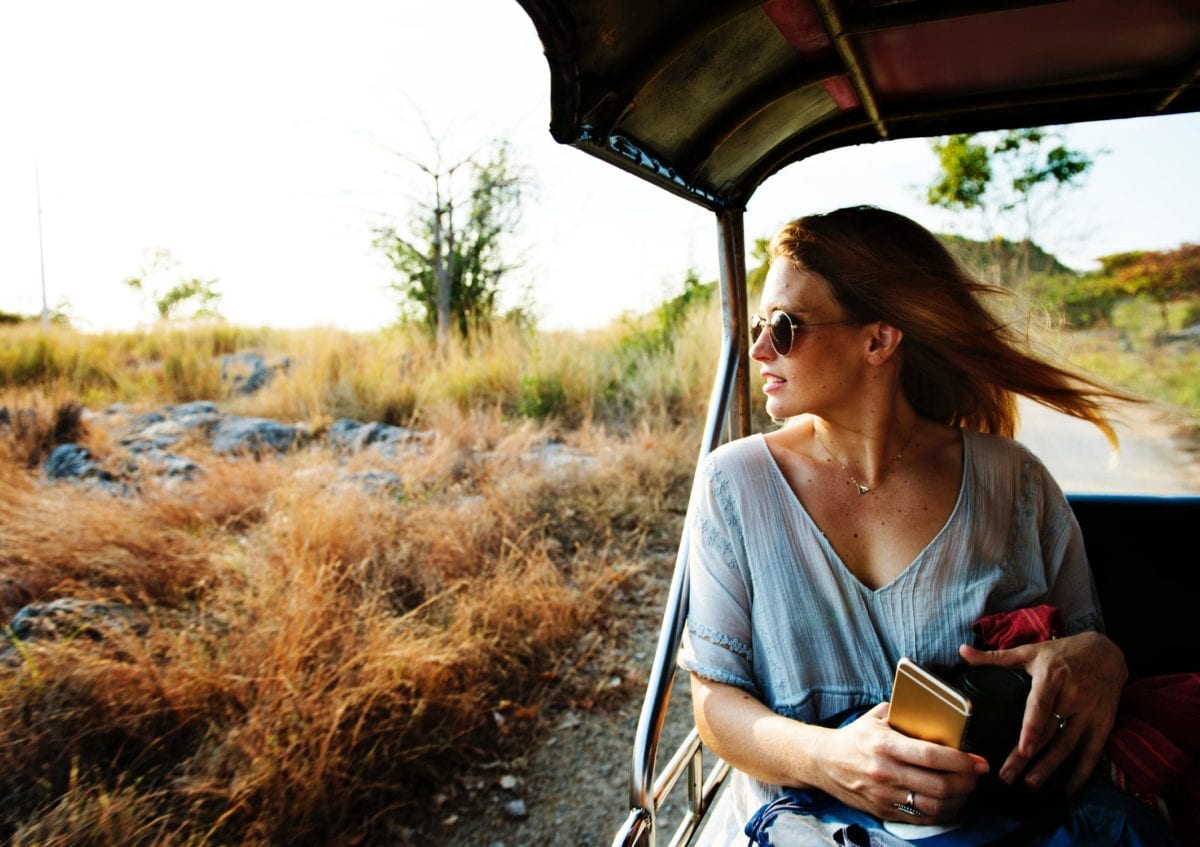 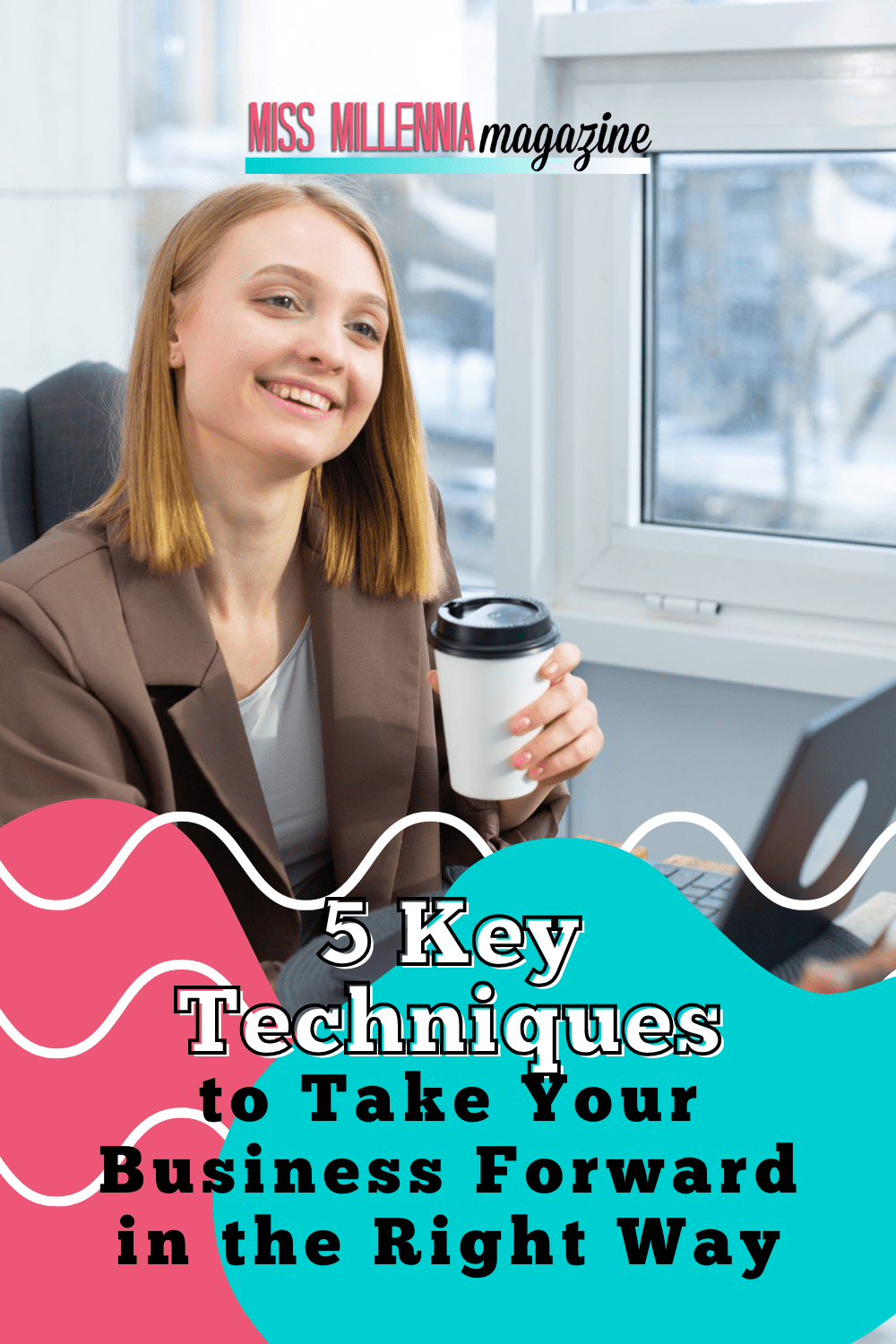 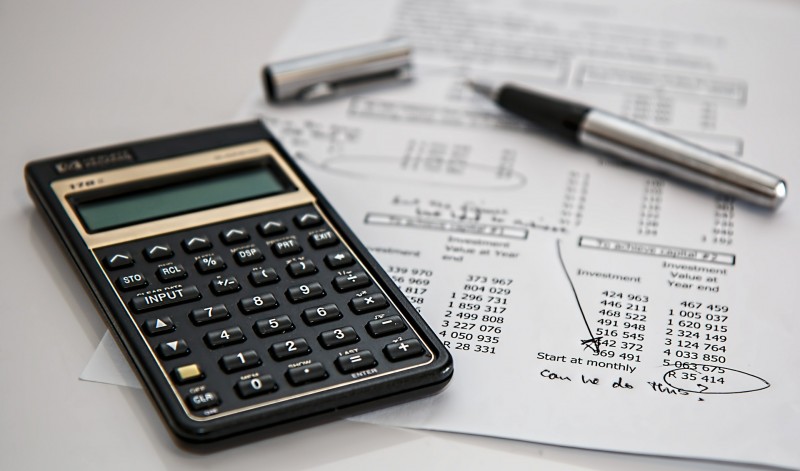