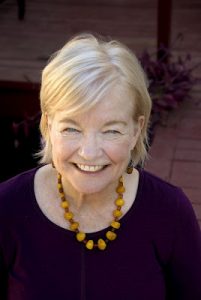 Throughout most re corded history, women have been considered inferior to men.  They had been catalogued as more emotional, less rational, less creative, and destined to bear children and to be  homemakers.   From the Ancient Greeks on, until the late nineteenth century, the uterus was considered to be akin to a furry animal that could travel throughout the body, directly influencing the brain.    Thus the term hysterectomy, first performed to cure hysteria in women by removing the reproductive organs.

In the Western tradition, women were also seen in terms of two stereotypes.  On the one hand they were considered to be temptresses who, like Eve in the Garden of Eden mythology, persuaded Adam to eat the apple, thus bringing sin into the world.  Or women have been seen like the Virgin Mary, the sexless spiritual woman.  Are such ideas gone from our culture?  Or has the “double standard of sexuality,” under which men are free to do what they want sexually with impunity and women are condemned as sluts, really ended?

My students at USC tell me that the men they meet are not interested in marriage.  Indeed, they profit so much from the “free sex” of the hook-up culture that they have no desire to settle down to any degree with one woman.  Some of my women students also tell me that they have not had a real date with a man in several years.  And they admit that the men judge by the behavior of women in the pornographic movies widely available on the internet.   Those women live for sex and will do anything men want.

Is this your experience?  Or, are the mores and behaviors in your circles different?

I am not arguing for the “missionary sex” that was standard in the 1950s, with men on top and no attention paid to women's needs.    The various sex revolutions of the twentieth century did bring a more rational pleasure standard into sexual relations. But has equality and gentleness been lost in the process?  What are the implications for the future of the nuclear family and of the raising of children in all of this?