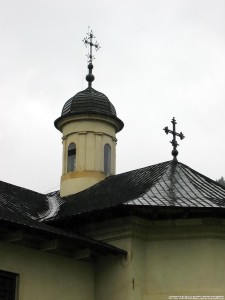 Former Secretary of State Hillary Clinton eloquently delivered her passionate opinion endorsing gay marriage on Monday. Republican Senator, Rob Portman of Ohio, recently reversed his opposition to gay marriage, and the President has mentioned he supported gay marriage even recently mentioning in an ABC News interview that he couldn't imagine a constitutional defense for states to ban such unions. According to a poll released on Monday conducted by CNN/ORC which surveyed 1,021 Americans, 53 percent of the country believed same-sex marriage should be recognized as valid compared to 44 percent of the population who say it should not. The study revealed that women, Democrats, those under 35 and non-churchgoers were the most likely to support the legalization of same-sex marriage. So why is it, in a country currently dominated by an overly saturated religious and misogynistic political appearance, a poll representing a more tolerant society toward same-sex marriage exist today?

Thousands of members all over the globe joining forces with the Christian left, the Jewish left, Catholic Democrats and other Liberal religions are departing from their right-wing churches and seeking new groups of like-minded individuals who identify with the religious left.

The recent trend in highlighting religious right-wing radical “evangelists” and conservatives in the media has left a bitter taste with those keeping an eye on the media. Many have turned away from religion because of the negative stories of extreme conservatives with religious backgrounds, but they have found other ways to reinsert themselves into the religious community by finding people who take religion back to the source.

Religious liberals today find themselves returning to their roots and thinking about societal issues with tolerance in mind. In the past, religious leaders found themselves framing the arguments that made the great social movements of the 20th century, such as the labor movement, women’s suffrage, and civil rights. They took charge and decided to play an active role in helping keep their communities safe and inviting, and there are many religious groups today that attempt to restore the legacy of progressive religious activism in United States.

Instead of marginalizing all religious individuals as cold-hearted and ignorant people, these religious members of the left continue to lead a life of prayer with an open mind and live a life full of love by promoting liberty, equality, and solidarity. The religious left “hope to help maintain the fundamental bond between progressive religion and the on-going struggle for justice in the 21st century.”

It’s a well-known fact that people come in all shapes, sizes, colors and other sorts and that we should treat them all equally regardless of their differences, and by keeping this in mind the population is aware that there will be “good” and “bad” people in every group, party or religious. The purpose of acknowledging the religious left is to introduce other voices not previously mentioned in public discourse and to remind the world, on matters of religion and politics, that the views are not just conservative ones. It’s obvious other viewpoints exist in the world—I believe, however, that we just need to be reminded of all the possibilities.

Previous Post: « Home Purchase Guide For Single Women
Next Post: Are You Taking Proper Care of Your Canine Companion? »