Amy Oestreicher had everything figured out until she received a diagnosis that changed her plans…for awhile.

There I was thrilled to get my very first college acceptance letter.  I couldn’t believe I had gotten into the musical theatre program at the University of Michigan!  All my life, I had dreamed of pursuing a career in theatre, on Broadway, in every musical possible – and this was my golden ticket!  I had worked so hard all of my life for this and felt that at 18, everything had come together – I would train for Broadway, win my Tony, and conquer the world.  I didn’t realize that two weeks after I was waving my Michigan envelope around, dancing like a lunatic…that my world would drastically change forever.

It was the night of our family Passover Seder – a favorite holiday of mine, reminding me of Spring, renewal, redemption, and good things to come.  As always, there were 30 joyous and over-stuffed friends and family surrounding us, carefully reading along with a Passover Haggadah  that my dad and I had put together ourselves, based on our favorite Spring quotes, inspiration and passages.  As always, we told the Passover story with our mouths full of laughter, song, brisket and kugel.  As always, I felt snuggly embraced by the love and warmth of the people in my life and the safety of a time-honored family tradition.  And then I felt something that I had never experienced before.

A stomach ache.  A simple stomach ache that escalated into excruciating pain, never ceasing and only growing worse for two entire days.  As the pain grew more and more intense, my father drove me to the emergency room for a routine x-ray, although my physician reassured us that it was only gas.  On the way to the hospital, (as my mother has told me) my cheeks suddenly puffed up like a chipmunk, and I collapsed as soon as I tried to get out of the car.  Then I don’t remember anything else but the physical sensations of awful pain.  All I remember is gradually waking up about six months later.

Always a crafty and audacious teen, I thought I had my life all figured out.  I felt so lucky that at such a young age, I knew what I wanted to do with my life – I had the drive, the will, the talent, and

the support to live my dreams out on the New York stage.  What had I become six months later?  I awoke as a newborn does, discovering sensations around her for the first time.  Lying flat in a hospital bed, I only had a view of the ceiling for my first weeks coming out of a coma.  I reoriented myself with the world of sound, sight, and those I loved, who were all waiting for me when I awoke.  And I learned more about the power of the human spirit than I ever could have comprehended when I was introduced to an entirely new world to inhabit.

Unable to talk, sit up, or control my trembling hands, a doctor – who seemed to know me very well at this point – explained as gently as he could what on earth had happened to me.  Apparently, my stomach exploded due to an unforeseen blood clot.  So much pressure had built up inside of me that in the operating room, my stomach actually burst to the ceiling.  Both my lungs collapsed, I needed 122 units of blood, and I was even read my last rites.  Now, I had no stomach, I couldn’t eat or drink, and he did not know when or if I would ever be able to again.  What do you say to that?

I asked why this happened – to my family, to my doctors, but mostly to myself.  Why was I blessed with such luck and blessings my entire life, and now was a helpless victim of circumstances, watching my entire world crumble to the floor?  And how was I supposed to go to college now?  I was angry, frustrated, saddened, but mostly confused.  I didn’t understand how my last memory was sitting in Physics class, running to the mailbox to check for Michigan’s big envelope, and preparing for our Passover Seder.

Then I heard the word “victim” dangle in my thoughts.  And just as I was rediscovering the world waking up as though for the first time, I rethought that word – victim.  Even though I was now subject to the doctors’ agenda, a medical marionette subject to 27 surgeries, terms I had never before heard and no idea of when I’d ever sleep in my own bed again, what makes a “victim?”  Certainly I had control over my own mindset, my passions, my thoughts and my dreams!  That was my turning point.  Lying in the hospital bed, missing the past, confused in the present, and clueless of the new road my future would take, I stopped asking myself “why me?” and now asked myself for the first time, “why not?”

I don’t believe that things happen for a reason.  I believe you make things happen for a reason.  You can call it bad luck that I endured over three years unable to eat or drink, my “planned” life was put on hold and then forever changed, and I endured pain, disappointment, changes and losses that I never anticipated at 18.  I call it an opportunity.  Always being quite crafty as an artist and performer, I made my own luck.  I decided that my life was too full before this to suddenly resign to being a “patient” or a “victim” for the rest of my life.  I took a risk…and decided to live life as if I was healthy – and by thinking it, I became it.  Although my mother and everyone else questioned whether it was too soon to mount three of my own art shows, star in musicals, teach nursery school, learn karate, start my own chocolate business, and remain as vital internally as I once felt on the inside and outside, I went past my fear and nerves.  I took a risk based on the passion I still felt singing out from my heart, expected the best, and was grateful for whatever I received in return.

Almost a decade later, I am so lucky, so thankful, so blessed.  Lucky is a feeling – as available to experience as joy and sadness are.  It’s a feeling of gratitude that I can create, just as I can create my own paintings on canvas.  By accepting the road that was left before me – as hard as that was to face – and traveling along it with my passion for life as my compass, my heart beat its luck on acting like I was leading a normal life – and so life became normal – maybe even a little better!

I still think about my old life, and sometimes I do miss the innocence in my eyes, the feeling that life was a straight path to my dream life, and that everything was possible.  But everything and anything became possible once I was willing to wander from my teenaged fantasies and take this new life on proudly.  I can’t be 18 again but lucky for me I can be the best 27 I can.  This is not the path that I planned for myself – but does anyone’s life ever work out exactly how they plan it?  I am so lucky to have realized the strength and resourcefulness I never knew I had within me, and the loving support that surrounds me, and for that little voice inside that has always told me “Anything is possible.”  So why make your own luck?  Why not…?

Amy Oestreicher is a 28 year old actress, musician, teacher, composer, dancer, writer, artist, yogi, foodie, and general lover of life.  Surviving and thriving through a coma, 27 surgeries and other trauma has inspired Amy to share her story with the world through her passionate desire to create and help others.  Piecing her life together after her initial dreams of performing musical theatre took on a beautiful detour into broader horizons.  Amy has written, directed and starred in a one woman musical about her life, Gutless & Grateful, has flourished as a mixed media and acrylic artist, with her art in multiple galleries and mounting dozens of solo art shows, and continues to share her story through her art, music, theatre and writings.

More information on her unique story, as well as her creative ventures can be found at amyoes.com, and visit her blog for her newest art, music and inspirational musings.  You can also visit her Etsy shop here. 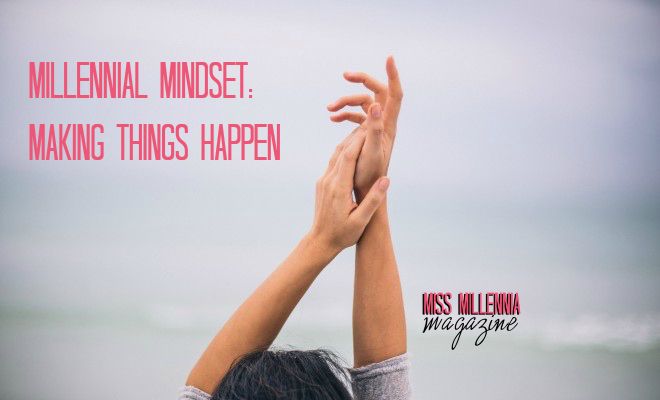