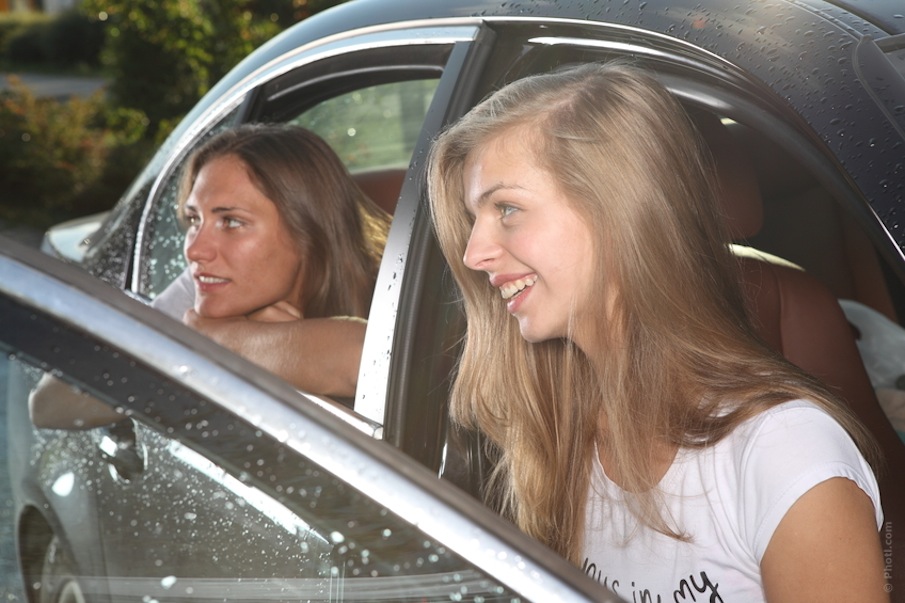 Raise your hand if you have never worn earbuds. I envision in my mind’s eye a sea of people sitting firmly on their hands. That’s because our smartphones, iPods and pocket-musical-whatzits get us through the commute day in and day out. I know, for example, that it takes exactly all the Beyonce songs I have to get from my train stop to the stop at work on the Upper East Side. I know that Neutral Milk Hotel’s “In the Aeroplane Over the Sea” is as long as the L train from Union Square to Bushwick’s Wyckoff Ave. These hallmarks are embedded in my ears and brain, as well as those albums and artists that provide an instant time travel effect for having been playing during something specific or iconic in my past. No Doubt’s “Return of Saturn” is the soundtrack to Harry Potter and the Goblet of Fire, the novel I devoured on the 14 hour plane ride to Australia. I hear that, and I’m 13 with cramped up legs and cramped up emotions, holding my breath as Harry gulps down Gillyweed in the second leg of the Triwizard Tournament. By the Way, The Red Hot Chili Peppers’ last decent album, transports me to cold Scottish moors under the shade of withering castles unsure of whether I’m falling out of love with the boy back home or unsure if I’ve ever loved a boy. That’s why I’m taking the stance that, no matter how many antique shops you visit and photos you Instagram, a solid road trip playlist is going to the be the memento that sticks with you, your bones, and your friends’ bones, the longest. This is how you get the whole car full, 5 years later at one of your weddings to scream, “They’re playing our song!”

FIRST: Where are you going? The soundtrack of the California coastline isn’t going to provide the same kick as a tour of the American South or an historical jaunt from DC to Philly. Take your surroundings into consideration. Are we talking lush greenery? Blue seas? Neo-classical architecture? Is the culture of the place embedded in history, art or music? The cool thing about a road trip is that it will change, and so your playlist will change with it. From top to bottom, California sounds like “Neighbourhood #3 (Power Out)” by Arcade Fire, “Tear” by Red Hot Chili Peppers, “Float On” by Modest Mouse, “Jail House” by Sublime, “Get Lucky” by Daft Punk feat. Pharrel and “Bad Girls” by M.I.A. This contrasts heavily with, say, DC to Philly which clearly sounds more like “Waiting Room” by Fugazi, “Gloria” by Patti Smith, “No Sleep till Brooklyn” by The Beastie Boys, “Party and Bullshit” by The Notorious B.I.G, “Flashing Lights” by Kanye West, and “Positive Tension” by Bloc Party. To help nail down the mood, look at a map and stick a pin in each “We totally have to stop at this weird antique store/diner/friend from college’s farm” and set it to music. It’s like that scene from Reservoir Dogs where Mr. Blonde cuts off the policeman’s ear to the tune of “Stuck in the Middle With You.” It pulls the whole scene together.

SECOND: It would be crazy tedious to do this for the whole length of the road trip. It’s a fun, informal jaunt, not a JOB. Thankfully, iTunes, Spotify and Pandora exist so you don’t have to think so hard. Once you’ve nailed down the overall vibe of the trip with a half dozen songs or so, plug them into your preferred mp3 listening spot, and click on the “Also Purchased” or the “Sounds Like” options. This gets you moving seamlessly through songs that capture the tone you’ve already set. You may also discover way cool stuff, for instance, by now everybody’s heard of/sick of Beach House, so let’s throw some Anathallo on there!

THIRD: So you’ve got about a hundred songs or a handful of mixed CDs (yeah, I still make mixes – IT’S A LOST ART, OK??), but you can’t just, you know, throw it on shuffle. You’re deejaying an experience, not filling up your friend’s car with noise. I am not trying to have a car dance party to some of Beyonce’s “Get Me Bodied” only to have it come crashing down immediately with Regina Spektor’s “Samson.” There is a time and a place for that, and I will very quickly get all “Don’t kill my vibe” about it. Luckily, there’s a quick way to check that your mix will not ruin any impromptu dance parties. Once the playlist is in front of you, play the last 10-30 seconds of the first song. Let it play through the first 10-30 seconds of the next song. Repeat through to the end. If anything sounds jarring or nonsensical in a bad way, switch it up. Maybe Led Zeppelin and Lil’ Wayne weren’t meant to sit next to each other at this table. But also, don’t be afraid of tricky juxtapositions. Miley Cyrus CAN lead into Black Flag if you know what you’re doing.

FINISHING TOUCHES: Don’t be rude. If someone needs to hear a particular song or just wants to control things for awhile, stand aside! Nobody died and made you king of the stereo. Honestly, if you did your job right, every song that plays will be the exact song they all wanted to hear without even knowing it. In addition, singing and dancing along are not optional. There’s a “bit” in comedies recently where someone is trapped in a car with a passenger who infuriatingly has the gall to enjoy the music emanating from the stereo. We’re all supposed to be in on the joke, but I say if the car doesn’t sound like the beginning stages of American Idol auditions then something is wrong.

Relax, make a mix, and make some memories!