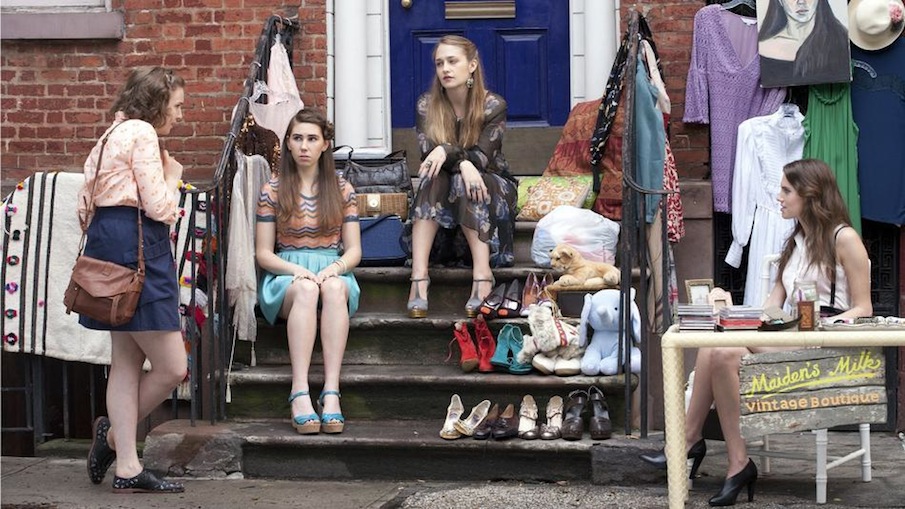 HBO’s Girls took away two Golden Globes last Sunday: one for best original TV series and one for best actress (Lena Dunham) who plays Hannah. The first season began with Hannah’s parents cutting her off. It also followed tumultuous relationship and friendship with Adam (Adam Driver) and best friend Marnie (Allison Williams), respectively. The first season ends with Shoshanna (Zosia Mamet) losing her virginity to Ray (Alex Karpovsky), Jessa (Jemima Kirk) getting married on a whim and Adam getting hit by a truck due to an argument he had with Hannah.

The acclaimed series portrays Generation Y, struggling to find their place in the world. They struggle with their dreams for the future and their relationships with men. Girls tells the audience that sometimes things do not work out as planned, but we must continue to move forward. Generation Y women struggle with finding employment, but are independent and strive for success. They want to fulfill their ambitions over all else, thus relationships go on the backburner. We see this through Hannah’s character especially. She tells Adam that working towards her goals is more important than their relationship.

This leads to Hannah and Adam’s breakup in the Season two premiere, well that and him getting hit by a truck. The premiere shows Hannah’s new relationship with Sandy (Donald Glover, and also the first African-American character the show has had). Hannah has also moved in with her new roommate who is also her ex-boyfriend, Elijah (Andrew Rannells). Elijah ponders his sexuality in this episode. He broke up with Hannah because he realized he was gay, but in this episode he make-outs with Marnie and they attempt to have sex. Dunham explains that this act shows their competition for Hannah’s attention. The episode ends with Hannah going to Sandy’s apartment, stripping down (yeah, Dunham is not afraid of nudity), proving she is ready to move on from Adam.

Girls has received mixed reviews from the start. While some fans and critics love and adore it, others think that it follows self-absorbed, privileged woman. As briefly stated before it also was under scrutiny for it’s all white cast, which is not really believable seeing as the friends live in the diverse city of New York. Despite some negative reviews, I believe Girls portrays honest depictions of women in their 20s. Yes, they may not look like your friends and most of us are not as privileged as Hannah, but the dialogue and premise are true. We all struggle to find who we are and this is especially true to Generation Y women. And hey, did anyone actually think Sex and the City was realistic? No way a columnist for a small magazine would be able to buy all of those Manolo Blahnik high heels!

Girls, I think, accurately portrays that Generation Y women and men seem to have a harder time finding out who they are and what they want. We definitely have taken different routes in life then are parents have. We have the intrinsic need to explore and Girls proves that it’s okay to make a few mistakes along the way.

Watch the clip for Season 2!

Previous Post: « Women in Advertisements: Too Many Wedding Bells?
Next Post: Saving Money During the Winter Season »