While 2014 brought us hits like Gone Girl, Guardians of the Galaxy, and Disclosure’s “Latch” (one of the very few songs on the radio that didn’t make me want to vomit), we would be lying if we said it was all good. These few gems (plus a few more) were buried in an ungodly amount of intolerable bullshit in many media formats. Let’s start simple though. Here are the worst things we will be saying goodbye to in 2015:

In an attempt to pinpoint the worst lines of this song, I realized that the song in its entirety is the worst. So, I know we’re all waiting with bated breath to find out Raelynn’s take of why God made this decision. Well, folks, surprise! It’s for boys. Raelynn swears this song is about empowering young women. Somehow, lyrics like ““Somebody’s got to make him get dressed up, give him a reason to wash his truck, somebody’s got to teach him how to dance, so God made girls” make that REALLY hard to believe. Girls: we’re all here to make sure dudes aren’t so messy with their trucks. Thank God for this amazing purpose in life.

Meghan Trainor, “All About That Bass”

We have a different problem here. Firstly, the song is the most annoying and repetitive song ever created. That said, it’s perhaps a notch above “God Made Girls” as far as content goes. It starts out with a lot of body positivity, but manages to fail horribly in the end by shaming “skinny bitches.” All bodies are good bodies, Meghan Trainor! Regardless of the message, this songs feels like what being on PCP at a 13-year-old girl’s birthday party would be like. A purgatory pastel nightmare.

I’m no grinch. I can appreciate a song that pays tribute to the finer things in life: the weekend, not having work, booze, the weekend. But this song is horrible. Some of the most puke-worthy lyrics include: “Stir it up as we turn on some Marley, If you want you can get on my Harley. I sit you up on a kitchen sink, stick the pink umbrella in your drink.” This guy is a modern-day bard; his penis is the harley and the…pink umbrella? Get it? What a way with words.

Play and Skills “Literally I Can’t”

Although I’ve expressed my dislike for the last couple of videos, I would rather listen to those songs a hundred times over than be forced to listen to this song more than I already have. Trust me, it was rough to get through the two sittings I gave this one. When the women in this video refuse to make out with their friends, take shots, or JUST TALK, they are told by the singers to “Shut the f*ck up.” This song is rape culture in a nutshell. Time Magazine  notes that this song was released at the “exact moment when students, activists, and the White House were pushing universities to re-examine their policies dealing with sexual assault on campus.” This song basically infuriates me more than all the others on this list combined.

I will be the first to admit that I was intrigued by the trailers for this movie. I have always been a sucker for fantastic love stories, but was swiftly dissuaded by a friend who suffered through the film last winter. Although I have not seen the film, I find the Wikipedia plot summary to be jumbled and confusing and can only imagine how messed up the movie might be. Peter Travers of Rolling Stone described the film as “preposterous twaddle.” He also said that it should only be a date movie if you “don’t love the one you’re with.” Sounds like a pretty intense form of torture.

A review on Commercial Appeal  doesn’t mess around. It gets right to the meat of this film, and poses serious questions that many viewers may find themselves plagued by after leaving the theatre:

“Transformers have souls, this movie repeatedly tells us, but does Michael Bay?”

Readers, I don’t have the answer to this question! The review goes on to discuss the ‘bayhem’ that takes place in the film; the endless actios scenes that attempt to distract viewers from the lack of plot, character development, and blatant advertisement rammed down viewers throats for the duration of the film. Honestly, are we that surprised that this was bad?

Peplum has haunted us steadily through 2014. I’ve only ever seen it look pretty a dozen times. As you can see above, it really just looks weird. And these are beautiful and women that are sporting the look above! Hopefully we can lay this unattractive trend to rest in 2014.

There are so many wonderful things about the 1980s: John Hughes’ movies, acid wash, and new wave music. Harem pants are not one of those things. Sure, lots of 80s trends have made a comeback in recent years, but I think we can agree that some styles should stay right where they are. This is another style that I think can make any beautiful lady look like they’re sporting 40 pairs of Depends underneath their pants. Honestly, a pair of sweatpants would probably look better.

BAE: Usually used in regards to a boyfriend/girlfriend, bae is a term of endearment.  I was first exposed to this term in a birthday card from my sister, which stated, “Happy Birthday, Bae!” I felt stupid because I didn’t have any idea what that meant and assumed she had spelled ‘babe’ wrong. Guess I’m old and out of the loop, but I still think bae just sounds stupid.

THOT: An acronym for “That hoe over there.” Really, if you’re going to be an asshole that can’t even be bothered to say a full sentence when insulting someone, UGH. Overall, I just tend to dislike disparaging comments that depend on archaic ideas about gender and sexuality. If you’re using the phrase “thot” you’re kind of an asshole.

FLEEK: Means on point or perfect. For example, if you took a selfie with your makeup done really nicely and wanted to let everyone know that you thought so you could say, “Makeup on fleek” and they’d get the gist. But please don’t.

As if dating wasn’t hard enough, OKCupid admits to running tests on users. The website would lie to users about their compatibility rates, intentionally pairing together people who would be bad matches as a social experiment.

Freida Pinto and Dev Patel call it quits after 6 years of dating. The two met on the set of Slumdog Millionaire, a film in which they played lovers. We’re basically all doomed to die alone, guys. 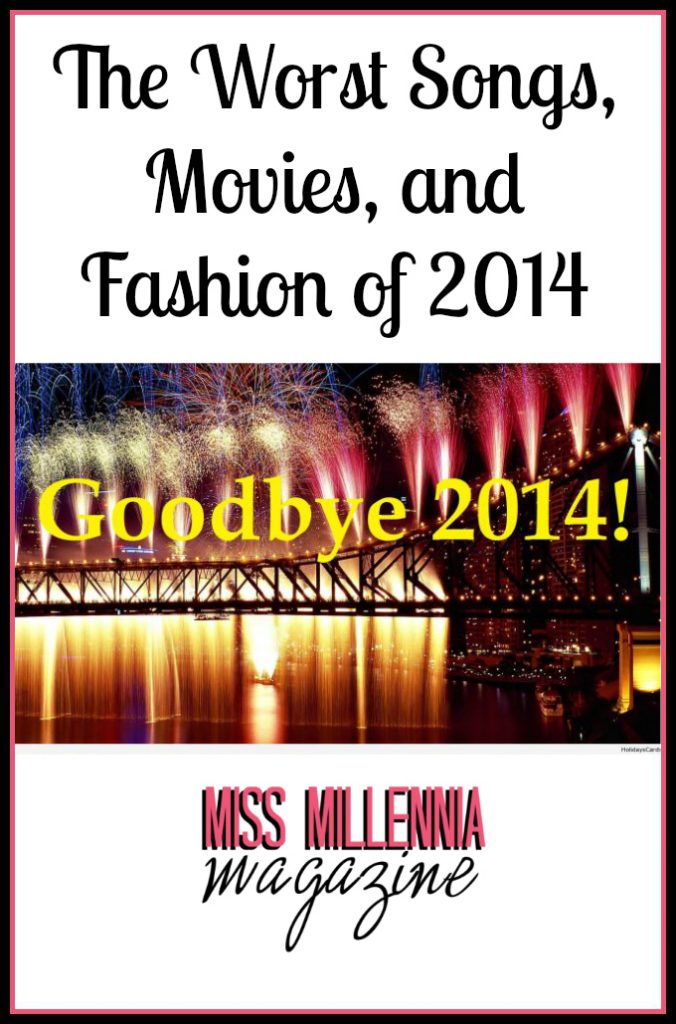 Previous Post: « Problems with ‘Serial’ and What Podcasts to Listen to Instead
Next Post: The 6 Coolest Internships of 2015 »