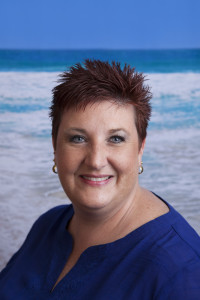 I never realized that I held unforgiveness against someone.  I was 22 years old and it really was a silly interaction between me and a well-known woman in the world of social services where I was starting my career.  There was a group of us social services people at a table to brainstorm or talk about a particular topic when I made a comment about my growing up with a certain group of people.

What she said embarrassed me. In front of ten of my peers. People that I had to work with on a daily basis.  Colleagues.  I could have just died right there.

But, life went on and I continue in my career, even today.  That conversation has never come up again.  But, every time I saw that lady on the news or her name was brought up in conversation, I said something about how she embarrassed me.  I didn’t realize that this was unforgiveness until I started going to church that talked about our forgiving people who’ve hurt us.

Have you ever heard of the phrase, “Unforgiveness is like drinking poison and hoping the other person dies”?  That woman probably never thought of me again.  Probably didn’t even remember my name.  But I knew her name and I remembered her hurtful, embarrassing words for about 18 years!  Who was drinking the poison?  Me!

My friend, Sol Pinchon said, “(Wo)man is not a victim, but rather an emerging individual linked with (her) his past but set free in the present by the ability to generate creative alternatives.  Through God’s Word, Bible studies, support groups, counseling, etc., a person can overcome feelings of helplessness, hopelessness, depression, suicide, perfectionism, alcoholism, workaholism, and other addictions”.

I had the ability to be set free in this situation the whole time…forgiveness.  Luke 6:37-38 says, “But to you who are willing to listen, I say, love your enemies! Do good to those who hate you.  Bless those who curse you. Pray for those who hurt you.”  I couldn’t do forgive on my own.  It was only because of Jesus in me that I could do it.

Once I realized the hurt I was holding inside, I prayed to God to help me forgive that woman and that I would be forgiven for holding such animosity inside.  I felt and do feel so much better for it.  I even saw her picture this week online and didn’t really have any thought about her.

So, if you’re suffering from past hurts, forgive the person.  They probably have no idea that you’re hurting from that incident.  Romans 12:9 tells us “Don’t just pretend to love others. Really love them. Hate what is wrong. Hold tightly to what is good.”  It will make you a happier and healthier person.