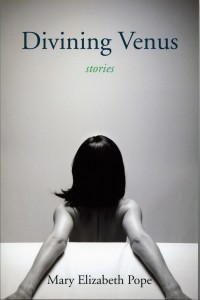 Ethel’s scrubbing potatoes for a salad in the kitchen and stewing about the fact that Vernon always forgets to thank her for her cooking or the time it takes to iron his pleated khakis or the way she’s kept the floors clean for fifty years, until she drops the potatoes into a pot and sets them on the stove, and it’s then that she notices he still hasn’t fixed that front left burner she reminded him of on her way out to buy groceries for supper.

“Vernon,” she calls to him in the next room, but the television is on and he doesn’t answer.

“Vernon!” she shouts. Still no answer.

“Vernon?” she asks. And suddenly, standing there with a dish towel in one hand and a lid in the other, Ethel understands this is the moment she’s been dreading. She heard the stories at Vernon’s father’s funeral: how his mother found his father slumped over his desk, how his grandmother spotted his grandfather keeled over in the snow, how his great-grandmother discovered his great-grandfather face-down by the woodpile. A history of women stumbling upon husbands who were supposed to be doing one thing but had up and died instead, and it is because of these stories that Ethel knows the drill.

In a flash she sees it all play out – how she’ll step into the living room and find Vernon unnaturally still, remote in hand, how she’ll check his pulse, her breathing coming hard and fast, how she’ll dial 911 with a shaking hand and try to administer CPR to the beat she learned – staying alive! staying alive! – until the paramedics rush through the door and try to revive him, their big hands pumping, paddles at the ready. Then she’ll huddle over his body because damned if they’re going to carry him out of the house while he still looks like himself instead of the mess the morticians always make of even the best-looking folks, which Vernon isn’t. Wasn’t. …

Divining Venus by Mary Elizabeth Pope will be available for purchase on October 17th.