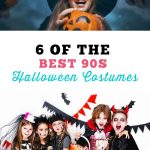 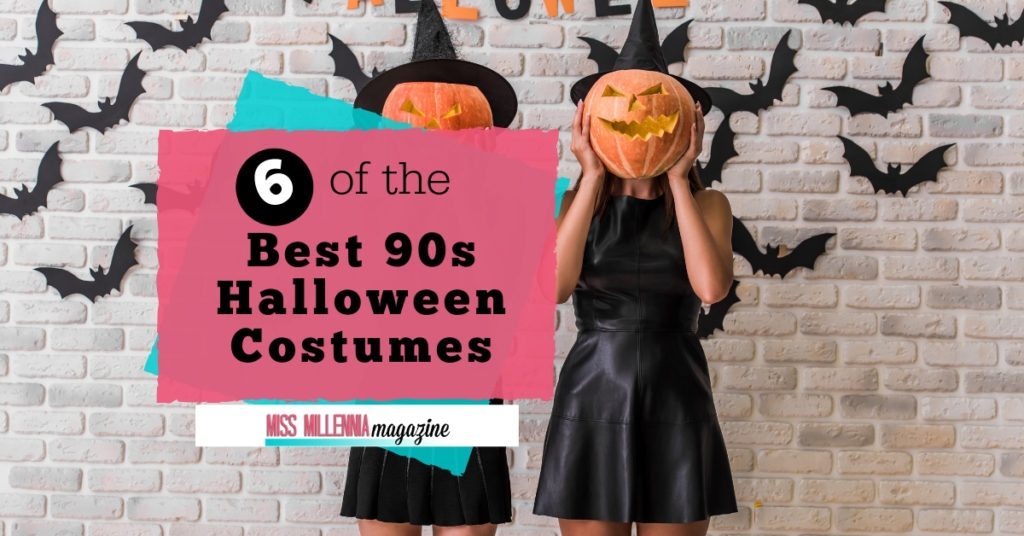 As Millennials, most of us spent a considerable part of our childhood basking in the glory days of the 1990s. It was a wonderful decade when Sega reigned supreme among gaming systems, Nickelodeon featured all our favorite shows (Are You Afraid of the Dark?), and some of the best family Halloween movies were released (Hocus Pocus, Ernest Scared Stupid, and Nightmare Before Christmas)!

In my opinion, a decade has never been more inundated with interesting, silly, and brilliant media, so pay homage to the 90s this Halloween with these amazing 90's Halloween costumes! If you were looking for costume ideas, you've come to the right place!

1. Artie from Pete and Pete

Who could forget Artie, the strongest man in the world, from one of the most the iconic 90s tv shows, Pete and Pete? All you need to complete this look are some square black glasses, a blue and red striped shirt, a pair of tight red pants, and a black pair of shoes! Another simple option is to dress as Little Pete Wrigley, which only really requires some freckles, denim, red flannel, and a Petunia tattoo. This 90's Halloween costume is great one for getting people to guess the Pete and Pete theme song.

2. Wednesday Addams from The Addams Family

Let's face it, Wednesday was the true creator of “resting bitch face” and a role model to all ladies in the world. She is adamant about being who she wants to be (and wearing what she wants to wear) in the face of bright-eyed, smiling conformity.

This one is another easy DIY 90's Halloween costume; all you need is some pale face makeup, a black wig, and a very modest, long-sleeved black dress!

Another simple DIY costume (try visiting your local thrift store or mall to complete Daria's signature look*). If you ever watched the TV show Daria, Daria unapologetically told it like she saw it, and never tried to hide her disdain and disinterest for the menial lifestyle of other high school students and their suburban families. An Amazon search returns over 16,000 results for “green blazer” so feel free to search for the style you prefer the most!

* You must provide your own resting bitch face to complete this look.

4. Buffy from Buffy the Vampire Slayer

You can rock the 1992 film version, or go with the classic Sarah Michelle Gellar Buffy of the late 90s. Both are classics and seriously badass 90s Halloween costumes! Both incarnations of Buffy are feminine, beautiful, and badass all at once. Go with the classic Buffy look by donning a cheerleader outfit, blonde wig, and a stake!

Okay, yes, Beetlejuice was released in the late 80s, but it was surely a cult hit for 90s kids everywhere. Beetlejuice and Lydia could be a great couples costume, but they've also released these amazing masks for Adam and Barbara Maitland.  In recent years, I have obsessively Googled how to recreate these masks myself, and often found that I am probably not artistic enough to create anything near that caliber, so these masks are awesome for the less crafty folk who still want to impress with the Halloween costume! You can buy Barbara's (incorrectly labeled Martha) mask here!

6. One of the Sanderson Sisters from Hocus Pocus

Like clockwork, every fall season, you can find me sitting down to rewatch one of my favorite all-time classics, Hocus Pocus. There's something amazing and magical about the film, especially because a lot of it was actually filmed in Salem! It's so popular, in fact, that fans have located filming locations and created a tour that you can take yourself.  Although this might cost you a bit more than the other costumes on the list, it's definitely worth the money, especially if you have two friends who want to team up! Feel free to sing “I’ve put a Spell on You” on a constant loop!

Click on the images below to see some affordable options to complete your costumes:

Bonus: You can go for the tired and traditional broomstick or opt to use a vacuum cleaner like the modern witch you are.

Previous Post: « 4 Clothing Items to Make Your Ex Miss You
Next Post: The 5 Hottest Jacket Trends this Fall »