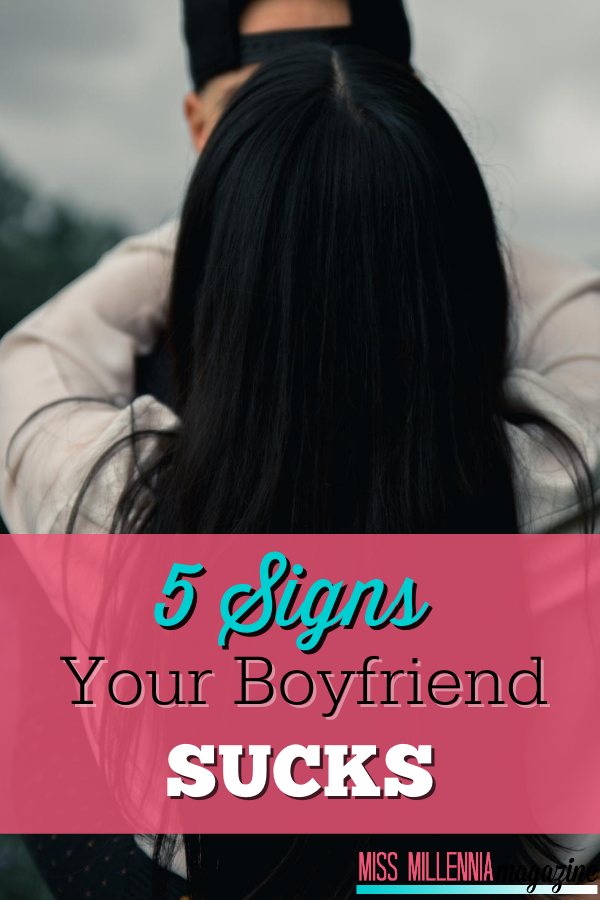 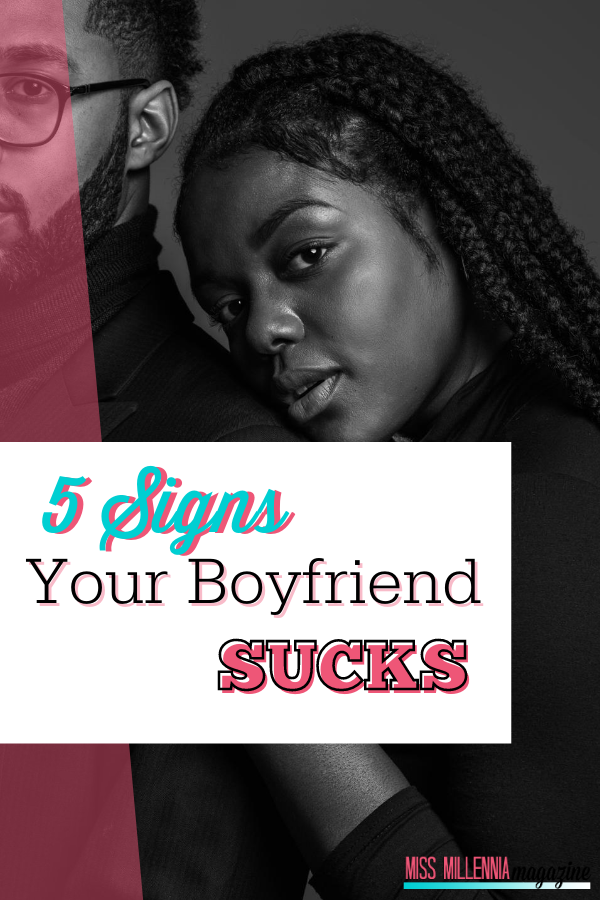 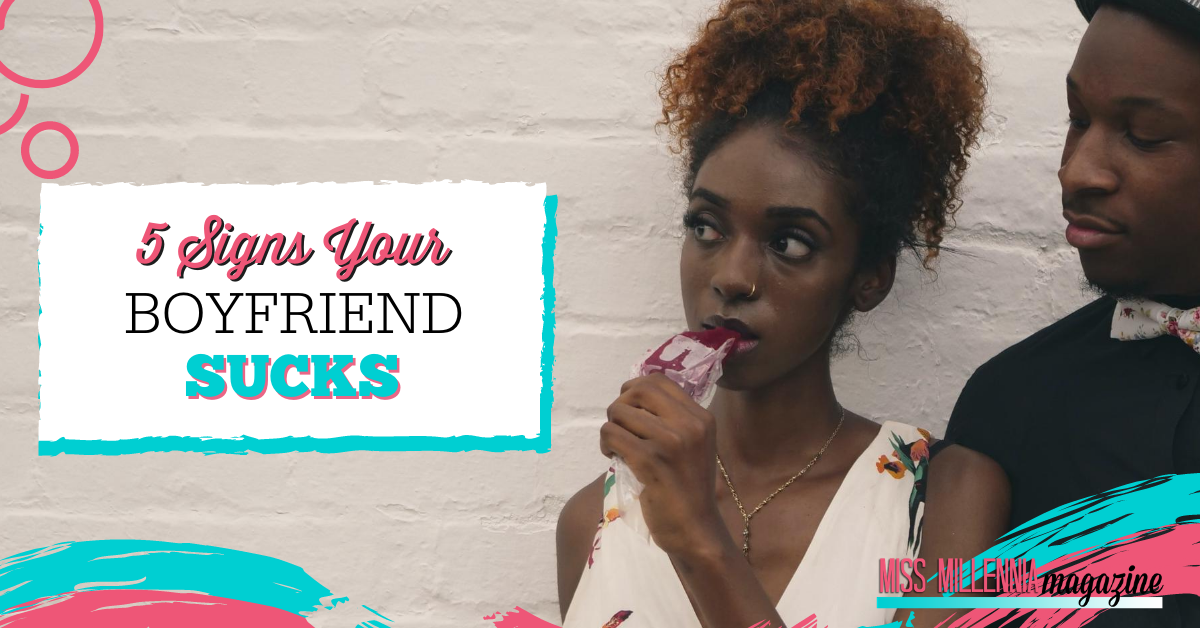 Ladies, have you ever had a loser boyfriend and your friends tried to tell you a million times, but you still liked him? Or do you have a friend who has a sucky boyfriend, but she just doesn’t see what everyone else sees.

I’ll admit, when you’re in the relationship, it can be hard to step back and look at it from another person’s point of view. It’s difficult because you’re spending so much time with the guy that you think your friends or family just “don’t see the real him.” Well, one day you’ll be the one saying, “I can’t believe I dated that loser!” or “My bf sucks”. Let’s just hope that day comes sooner rather than later.

1. Your Best Friends Hate Him

This is the absolute biggest red flag ever! Your best friends know you better than anyone else in the world. They know your past, your secrets, your likes, and dislikes. Obviously, if they hate your boyfriend, then you’ve got a problem. Your friends want you to be happy, and they have your best interest at heart, so they can usually tell when a guy is wrong for you before you can. Okay, if people are telling you you’ve changed since you started dating this guy, then something’s wrong there. A relationship should bring you up and make you happier than before — not the other way around. If people are commenting on your negative mood, or saying that you’re not the same person anymore, then definitely take that information into account.

3. He Doesn’t Want to Spend Time With Your Family

Hanging out with family can be a little overwhelming, and some people aren’t too excited about it, but they should still try to show some interest. If your boyfriend moans and complains every time he has to see your family, then you should be offended by that. Your family is important, and even if they’re a little crazy or intense, your boyfriend should feel honored that you want him to spend time with those who are closest to you.

4. He Gets Mad When You Make Your Own Plans

Any good boyfriend would encourage his girlfriend to hang out with her friends and have girls nights to catch up on life. Does your boyfriend encourage you to spend time with friends, or does he give you a hard time about it? If he gives you a hard time then he’s obviously possessive and wants you all to himself. If your boyfriend shows signs of being possessive or controlling, that could be a sign of emotional abuse, and in some cases, a precursor to physical abuse.

5. You Isolate Yourselves in Social Situations

We’ve all been out with a group of friends and seen that one couple who is sitting in the corner bickering the entire time. How miserable do they look? If you’ve made plans to go out on a date night with a group of friends, then it’s expected that you’re going to divide your attention up among different people. Your boyfriend shouldn’t get mad or jealous if you’re not focusing all of your attention on him. If your someone that never pays attention with your boyfriend when you’re with your friends, then he should understand but sometimes some girls just revert all of their attention back to their boyfriends just to avoid making them mad.

Time to Ditch the Guy

You should never have to change who you are or stop hanging out with your closest friends because you’re trying to make your boyfriend happy. Relationships like this are totally one-sided because your whole life revolves around your boyfriend. You end up neglecting your own interests and you slowly drift away from the people closest to you. A healthy relationship involves understanding that each of us needs a single time or a time for ourselves alone.

Seriously, it’s really not worth your time to date someone like this. If you find yourself constantly making excuses for your boyfriend, or defending his actions, then it’s probably time you realize he’s not someone that you want in your life. Don’t feel bad about it. It might be difficult in the beginning, but pretty soon you’ll realize how much better off you are without him. 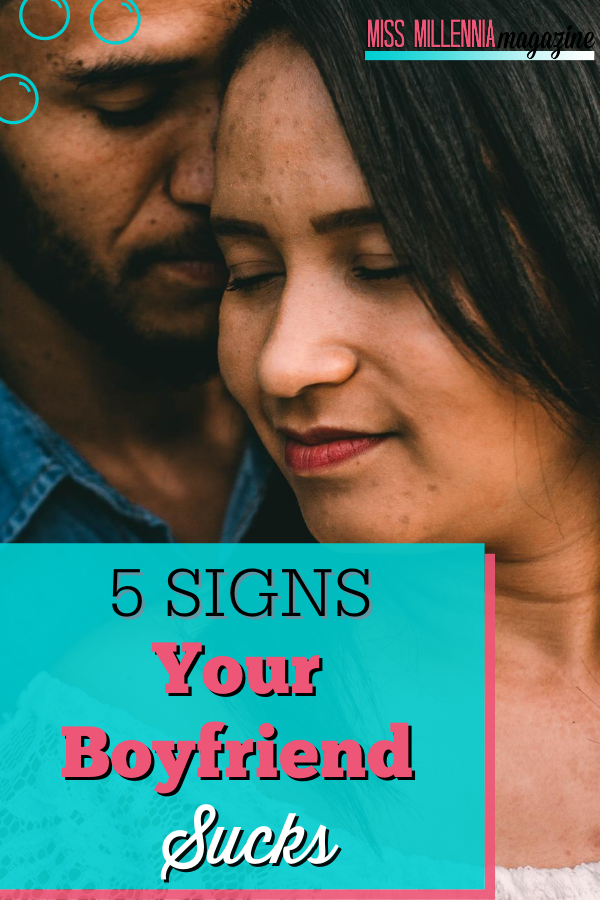