So, you've decided that you and your significant other are going to be attending an upcoming Comic-Con event, but you're not sure what costumes to wear? Fret not, as there are literally hundreds if not thousands of costume combinations that are ideal for couples and duos of all shapes and sizes, including but not limited to the following:

Whether you opt for the typical Claire Dearing and Owen Grady combination or go all out with a walking dinosaur costume, there are plenty of suitable couple costumes to be found within the theme of Jurassic Park alone. For example, you could have a larger partner wear a T-rex costume while the smaller half wears a raptor costume.

For some reason, bank robbers always seem to come in pairs in movies, and most bank robbing scripts have some sort of romantic element. This is an easy matching costume set to put together as you'll only need some striped white and black shirts, black pants, an old-fashioned money bag, and a couple of Hamburglar-like masks and beanies for good measure.

The Wizard of Oz is another movie that presents you with plenty of couples' custom ideas in itself. One of the most common combos for couples is Dorothy and the Scarecrow, but you can mix it up with any of the easily recognizable characters like the Tin Man, the Cowardly Lion, or the mysterious Wizard himself.

This classic couple's costume idea never gets old and is impossible to miss at a party. Plus, it's easy to put together from scratch or, if you're the type who likes to buy your costumes online, you can find plenty of Popeye and Olive Oyl outfits available for relatively cheap prices in comparison to some of the more extravagant costumes out there.

This one is an obvious option for any couple that wants to go for the grown-up and sexy approach this Comic-Con. Like most of the costume ideas, you'll find it's been done and done again, but that doesn't stop it from being one of the classic couple's costume ideas worthy of consideration. For the guy, assembling the Hugh outfit is as easy as throwing on a velvety red and black bathrobe and captain's hat with a tobacco pipe in hand. For the woman, a simple black one-piece with bunny ears will do.

If you and your partner are down with the Superhero vibes, why not go as two of the most famous and powerful superheroes of all? In this case, there is a bit of flexibility in terms of the exact costume you put together. The guy can go as Clark Kent or opt for the full-on home-made Superman outfit with a cape and all, while the woman can go as Wonder Woman or Lois Lane, although the latter is technically more fitting with the storyline of the movie.

While this one isn't as grand of an approach as dressing as superheroes are, it's a great couple's costume combo, nonetheless. This is another one to file under the seductive category and will be better for couples who want to show off their looks at Comic-Con, as is so often the case. As an added benefit, the outfits are affordable and easy to put on, so it's a good hassle-free option for minimalistic couples.

If you and your other half are into Pokemon, why not go as Pikachu and his trainer, Ash? You don't necessarily have to wear a huge mascot-like costume either, as a simple yellow and black outfit along with some Pikachu ears and tail accessories will usually get the job done. For Ash, the tell-tale vest and hat combo along with a few Poke balls will be all it takes to make your character clear.

If you're fans of the movie 101 Dalmatians, you could go as a firefighter and Dalmation couple. Of course, some girls are more of the Cruella de Vil type, so there's a bit of flexibility there for the ladies. This is yet another option that will give you low-cost and easy-to-wear costumes.

While Jessie and Woody are the two most obvious characters that come to mind when thinking of couple's costumes, you could also go with any of the other great toy story characters like Buzz Lightyear and Little Bo Beep.

Hundreds of Other Ideas Waiting in Your Imagination

If you've found the above list helpful, that's great! However, don't forget that there are probably plenty of great ideas lying dormant in your own imagination, so now that you've got a bit of inspiration to start with, you might as well have a couples' brainstorming session to see if you can think up any unique, never-been-done-before ideas.

🎉Want to Beta test my new Blogging Money Formula mini-course for FREE? 🎉 Click Below To Learn How. 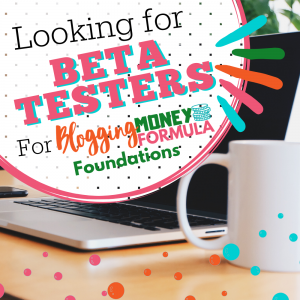